The broader stock market has been good to investors through 3 quarters of 2018.

But the stock market is giving back some gains here in early October as prices finally give in to a weakening technical picture. The S&P 500, Dow Industrials, Nasdaq, and Russell 2000 are all struggling, with the latter two pulling back in earnest.

The back drop of a strong economy has no doubt helped the market stay afloat… and very well could soften the blow of any pullback should economic data remain strong. Our Q4 investing outlook considers all the variables…

Even as the U.S. indexes have made new all-time highs, the weight of the evidence has argued for caution. The economy remains on firm footing and appears to be undergoing a transition toward secular upswing in growth. This fundamental support has helped mask some of the technical deteriorations that have been emerging in the market.

It also raises the question among investors: “The markets are at a record high, why aren’t I?” 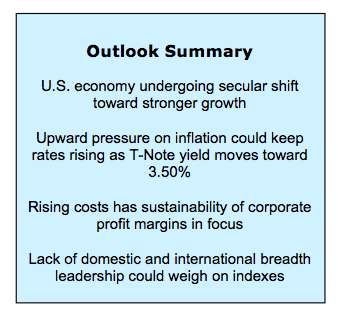 First, U.S. equity indexes have been making new highs, but most investors have exposure beyond just U.S. stocks. International stocks have been struggling and the rise in yields has put downward pressure on bonds. In other words, diversification and prudent risk management have been headwinds for investor portfolios.

Secondly, while the Dow Industrials and S&P 500 have been at or near new highs, the average stock has really started to struggle. Any amount of domestic equity stock selection that has investors shifting away from outsized exposure to just a handful of names opens the possibility of underperforming relative to the indexes.

Just because risks don’t (or haven’t yet) materialize does not mean it did not make sense to heed those risks and take a more conservative tack. Over the longer term, good portfolio performance is more about managing risks than it is chasing returns. To use a baseball metaphor: success over time is more likely to come from hitting singles and legging out doubles than tinkering with one’s swing to try to hit home runs. 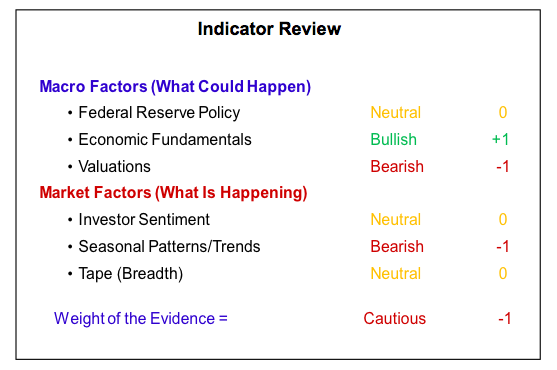 Federal Reserve Policy remains neutral. Upward pressure on wages is starting to emerge. The Retail sector saw this even before recent headlines saying that Amazon was raising its minimum wage. Wage gains do not cause inflation, but at the same time, inflation is unlikely to persist in the absence of wage gains. So the uptick in wage growth could be evidence that building inflation pressures may indeed be sustainable.

What does this mean for the Fed and for interest rates? Likely the Fed will remain in tightening mode, with one more rate hike in 2018 followed by several more in 2019. This could shift the entire yield curve higher, and the yield on the 10-year T-Note, which has already moved to a new recovery high, could get to the 3.50% to 3.75% area (not seen since 2011) sooner than many expect. 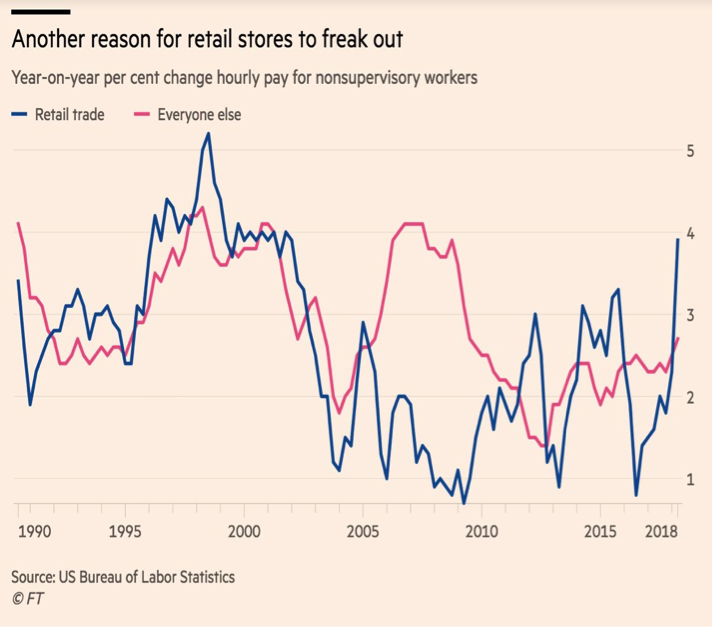 Economic Fundamentals remain bullish. From our perspective, one of the most encouraging developments for the economy over the past several years has been the sustained move higher in real median household income. This indicates a broadening in participation in the economic recovery and by breaking out to a new high it suggests the economy has escaped the slow-growth environment of the previous decade and a half.

Forecasting long-term turns in the economy remains a challenge and we will only know in retrospect if a new era of growth is upon us. This much is known: The previous peak in real median household income came amid discussions of the benefits of the new economy in 2000, and ‘secular stagnation’ became a phrase du jour in 2013 after incomes had already bottomed. 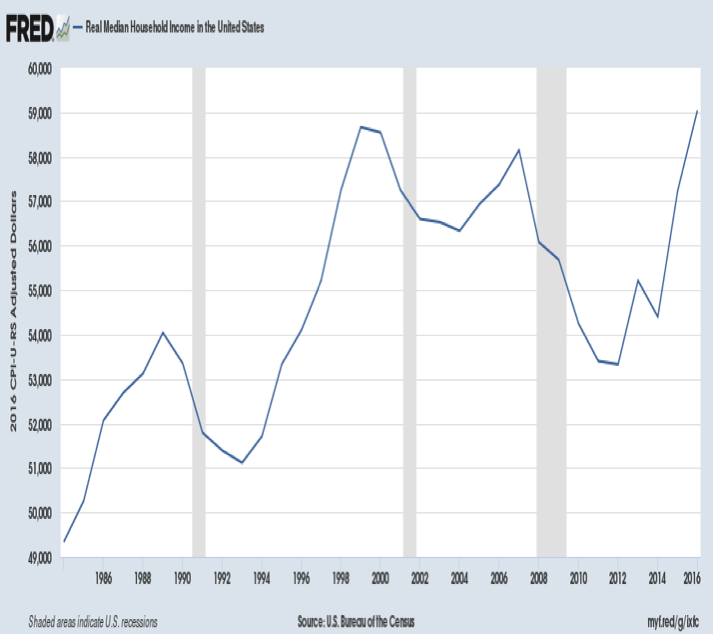 One reason to believe that the economy has turned an important corner is the emerging upswing in the productivity growth trend. Productivity over time is driven by capital investment (more machines), technological improvements (better machines), and educational advances (making better use of the machines). This is not always a straightforward process (as anyone who has struggled to overcome the myriad distractions imbedded in a smartphone can attest). 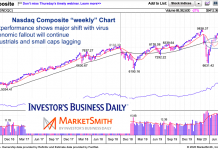