The US dollar has had a very interesting start to 2019. Unlike equity markets which have seen a sharp rebound rally through Q1, the US dollar has found itself locked in an ever tighter trading range.

As such, a key risk indicator has lit-up… or more appropriately, crunched-down.

The chart comes from a review on the outlook for the US dollar, where I reiterated my bearish bias.

The chart below shows the average 1-month option implied volatility for the US dollar against developed market currencies.

The key point is that FX implied volatility has crunched down toward record lows. And this is interesting because we’ve seen this type of pattern show up a number of times before, and each time it did it preceded a major move.

To list a few examples: in 1997 a volatility crunch preceded a surge in the US dollar, while in 2002 the run down in implied volatility preceded a sharp down move (and the beginning of a bear market). The signal showed up again in 2007 as the echo-bear got into full swing, and then again we see the pattern showing up in 2014 just prior to the fast and furious surge in the US dollar index.

So by now you should be thinking: “ok, so this type of pattern basically signals a major move is on the cards, but it could be in either direction… because those examples include both upward surges and downward collapses”. And that’s exactly right.

As such this is a great chart for both US dollar bulls and bears… the only people it wont suit is those who expect the US dollar to spend the rest of the year stuck in that tight trading range, and that just seems unrealistic given some of the pressures building up in the system.

To name a few, the global economy has seen a synchronized slowing through 2018, but green shoots are starting to emerge – particularly in China and emerging markets. This has thrown a curve ball to central banks and a policy pivot has been seen, which arguably raises the level of uncertainty on the monetary policy outlook. With the Fed potentially on hold until 2020 (maybe even until after the election?), it removes what was previously a policy tailwind for the US dollar.

But sometimes you have to just pay attention to price and what it’s telling you. My view on the US dollar is bearish (crowded longs, softening breadth, Powell pause, overvaluation), but when you look at a chart and notice the thing trading in such a tight range like this you have to pay attention to which side it ultimately breaks to, because as the chart shows, once the US dollar does make its break it will probably keep going in that direction, and potentially in a big way.

So, with regards to the US dollar, the implication of the crunch in implied volatility is to be prepared for something big. 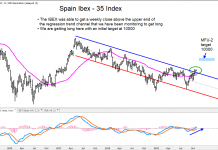 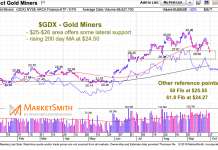 How The Precious Metals Correction Plays Out Will Be Important 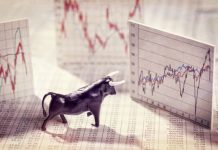 Market Thoughts: Silver and Gold Are The New VIX