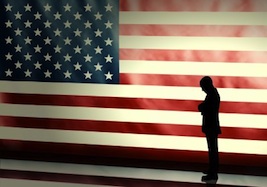 If history is any guide, not much. In fact, government shutdowns are not all that infrequent, with 17 of them occurring since 1976… with two bunched together over 1995-1996 for a total of 26 days. Judging by the Bloomberg chart below, government shutdowns may even be a positive for financial markets, as the S&P 500 has posted gains during the closure over half the time. 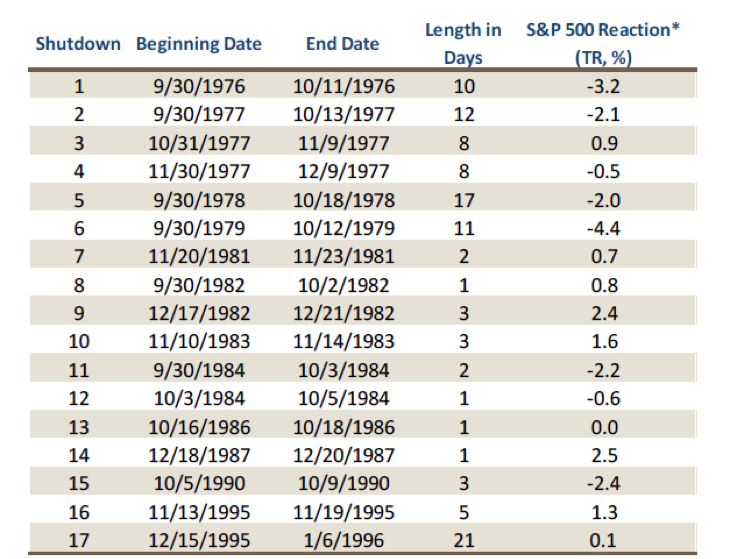 Source:  Bloomberg – measures the S&P 500 performance from the market closing price one day prior to the shutdown until the end date of the shutdown.

But the question remains: What about a government shutdown could lead to higher equity prices?

First, the economic cost to government is relatively small at only $1.4 billion according to the Office of Management and Budget. This is a mere drop in the bucket of the $16 trillion dollar US economy. Second, shutdowns tend to end political deadlocks and allow for the re-pricing of political risk. So, while the shutdown is embarrassing it should have a modest impact if any on financial markets and potentially a positive effect if it takes a debt ceiling showdown off the table (a big “if” to watch).  Be sure to also check out Andrew Kassen’s 1995-1996 government shutdown analysis.

Thanks for reading and try to enjoy the theater; there are some pretty good actors.