The S&P 500 has rebounded from the October lows, making it a good time to provide an update on the state of the major index from a charting perspective. On August 8th 2014, I wrote about the S&P 500 E-Mini.

That was some time ago, but several points are worth noting and one of the targets is still in play.

It’s been almost 3 months since that post and a lot has happened, so let’s see where the S&P 500 e-mini is at now: 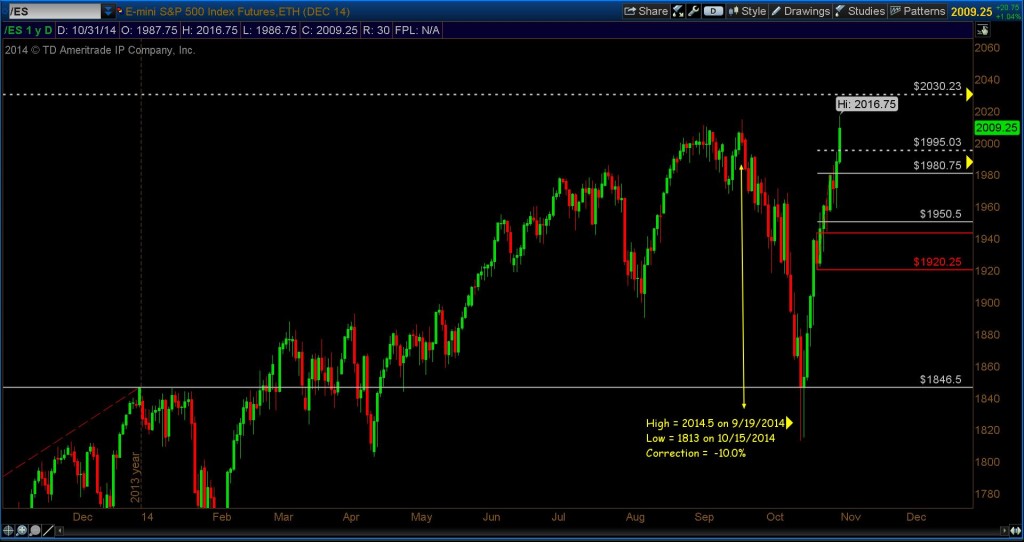 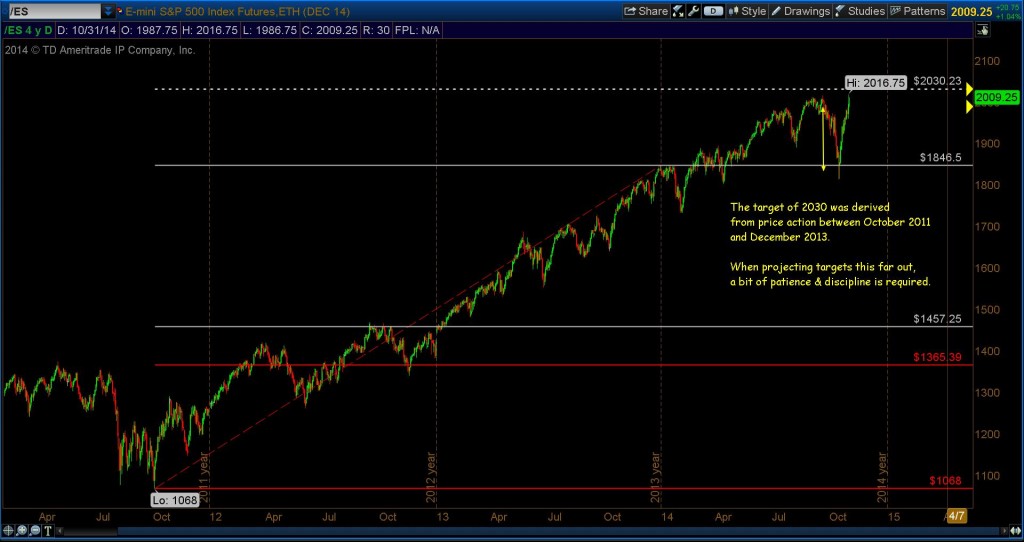