Emerging markets equities: In January, fund managers asset allocations to emerging markets fell to the second lowest in the survey’s history (-33% underweight), an extreme comparable only to early-2014 from which the region began to strongly outperform for the next half a year. Allocations have since risen to +6% overweight, the highest in 21 months, which is still 0.5 standard deviations below the long term mean.

The region has outperformed the rest of the world so far 2016. Allocations are now back to where the rally in mid-2014 failed. 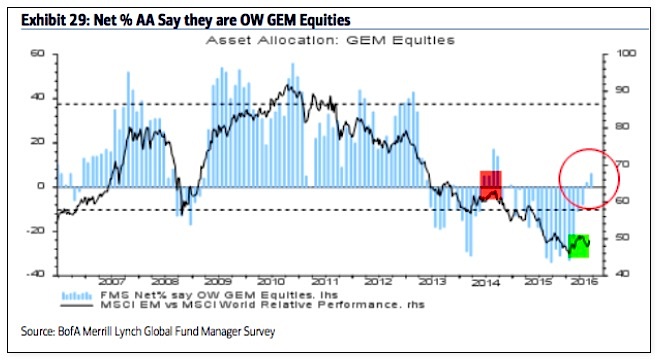 Global bonds: Fund managers are -34% underweight bonds, a 3.5 year high allocation. This is a big rise from -64% underweight in December (a 2-year low allocation). Bonds outperformed in the 10 months before the current equity rally began in February. Note that bonds have historically started to underperform when allocations rise to -20% underweight (red shading). Current allocations are back to their long term mean. 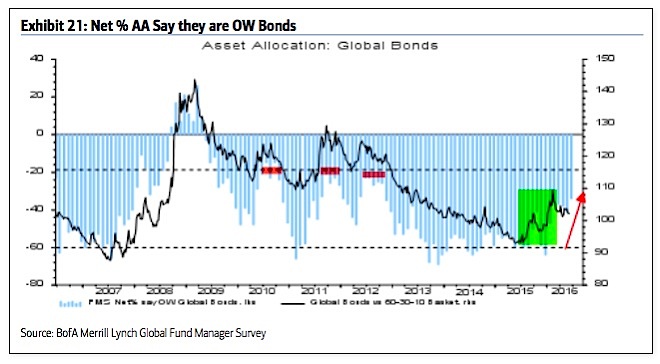 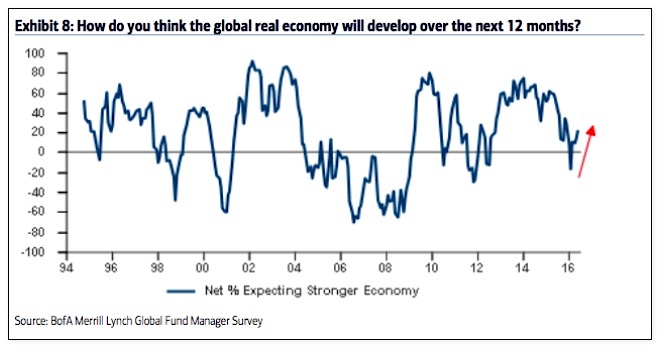 Commodities: Fund managers asset allocations to commodities improved to a 12-month high at -12% underweight. This is just 0.5 standard deviations below the long term mean. In comparison, in February, allocations were near one of the lowest levels in the survey’s history (-29% underweight). The improvement in commodity allocations goes together with that for emerging markets. 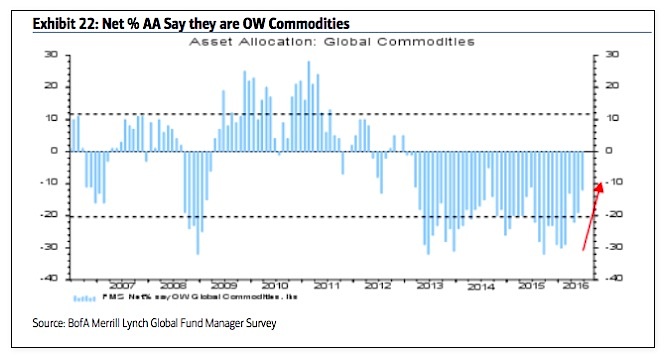 Additional Survey details are below: