When the US Dollar (CURRENCY:USD) rallied 25%across 2014/2015 it triggered a series of ripple effects that reverberated across global markets and economies, weighing heavily on commodities and forcing tightening of financial conditions in the US and emerging markets. As an investor having good handle on the outlook for the US dollar can be very important for identifying risks and opportunities.

So the following charts on the outlook for the US dollar from my 2016 End of Year Special should be of particular interest.

The first one is the US dollar index shown against the average 10-year government bond yield differential across the G10. This indicator has been pretty reliable in the past in setting the direction of the US dollar index, and at present it’s at levels last seen around the turn of the millennium and help explain the recent breakout we’ve seen in the DXY.

The indicator is sometimes early, and sometimes when you see an extreme reading like now it can actually mark a turning point (such as in 2000 and 2006). Most readers will wonder about that mid-2000’s period where it seemed to stop working. My thoughts would be that at that time you had a major super cycle underway in commodities and emerging markets that had a dampening effect on the move and it’s hard to argue for an imminent repeat of that type of environment. 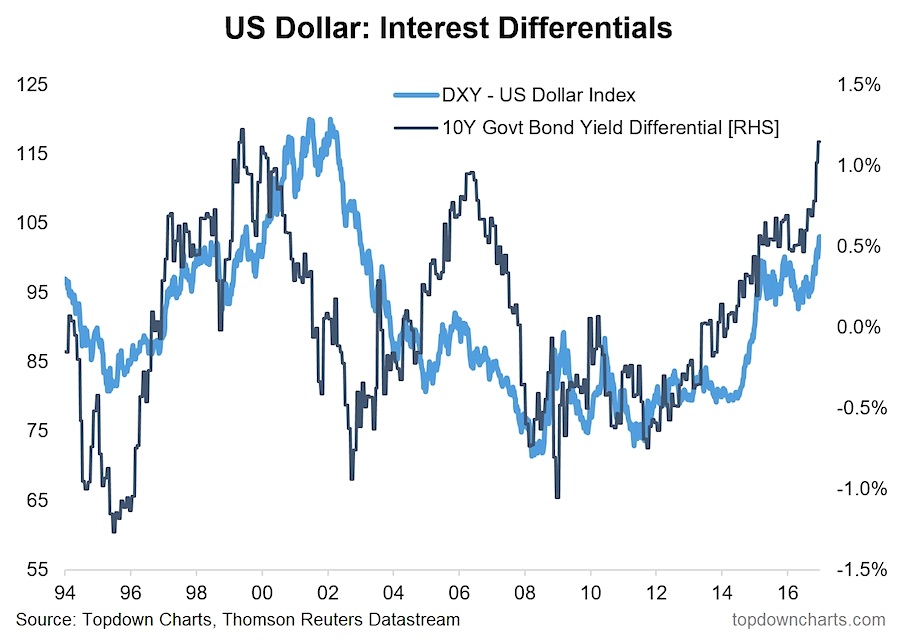 So while it’s not perfect (not many indicators are!), the degree to which bond yield differentials have moved suggest further upside could still come for the DXY.

Finally, I wanted to show you an unusual chart which displays the “shadow rate” differential (shadow rates are basically a view of monetary policy interest rates adjusted for QE effects). Taking the average shadow rate differential for the US vs Europe/Japan/UK shows a wide gap and if the historical relationship holds (albeit a loose one) it could be a harbinger of a major move in the US dollar. 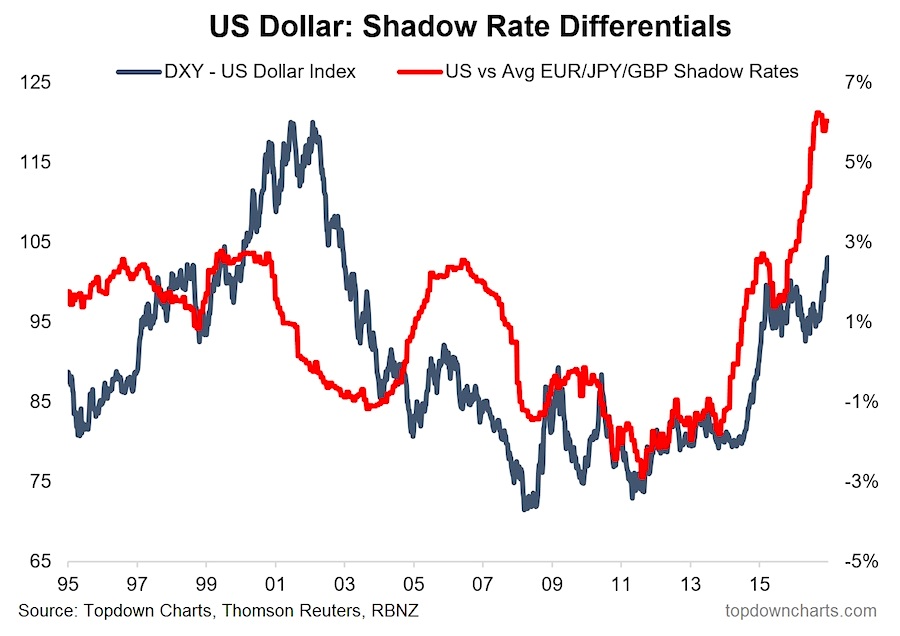 Indeed, the current level of the shadow rate indicator implies a level of the US dollar index around 120. How would you position your investments if you knew the DXY was going to 120?