Stocks rallied again on Tuesday, with the Russell 2000 (NYSEARCA: IWM) making new all time highs. That said, the broader market sold off a bit into the close.

S&P 500 (NYSEARCA: SPY) 285 was resistance, now support. And a good pivotal number to use if the market sells off.

The lifespan of the largest brain corals is 900 years.

Feels like the lifespan of this bull market, no?

Last night we wrote, “While we would like to see IWM (Russell’s) clear the ATHs, that pattern of lower highs will negate once this clears 169.76.”

And so, Granddad did his thing. the Russell 2000 (IWM) cleared that level and then some, continuing up to new all-time highs at 171.36.

This juiced just about everyone in the Family.

Prodigal Son Regional Banks, although not at new highs, did a fine job getting lavish.

Sister Semiconductors gets a pass at needing to see new highs.

SMH just needs to hold that 50-week moving average level at around 102.85.

Big Brother Biotech, nowhere near the highs, at least cleared the fast-moving average. 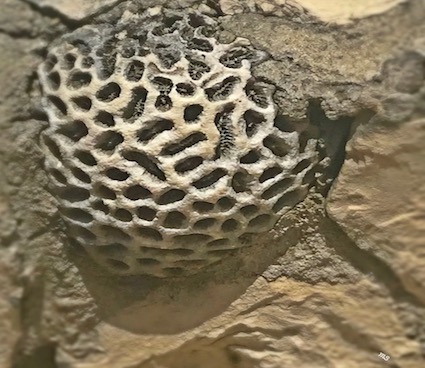 Brain coral has a hard surface for protection. They can be semi-aggressive, stinging other corals.

However, they may also be vulnerable to storm damage.

That begs the question, given the age of this brain coral-like rally, will it die of old age or from an upcoming storm?

“Cohen is expected to plead guilty to charges related to bank fraud, tax fraud and a campaign finance violation, according to two people with knowledge of the situation.” – Washington Post

Nevertheless, it is yet unclear whether this will impact Trump, and if so, by how much.

This is precisely why news can be a storm that creates real damage to brain coral, or it could be just a temporary jolt to its skeletal formation.

Last night, the market stood a couple of rungs above the alligator’s mouth.

Today, it climbed a bit further up the ladder.

Everyone seems to be well aware of the ongoing dangers the market continually shrugs off.

With all the Family members strong, we like to turn to our Transportation sector.

As this week continues, watch for IYT to continue above 206.90, or tell us it put in a very neat double top.

How will we know?