Calendar year 1995 featured a very strong trend with little in the way of pullbacks for the S&P 500. 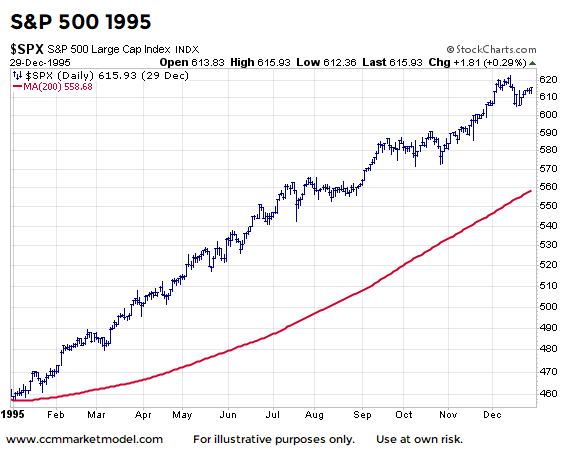 Since easier markets are typically followed by harder markets, it is not surprising 1996 was more challenging than 1995. We know “markets need to consolidate their gains”, which is exactly what happened for eight months in 1996. Stocks pulled back to an upward-sloping 200-day moving average and eventually resumed the bullish primary trend. 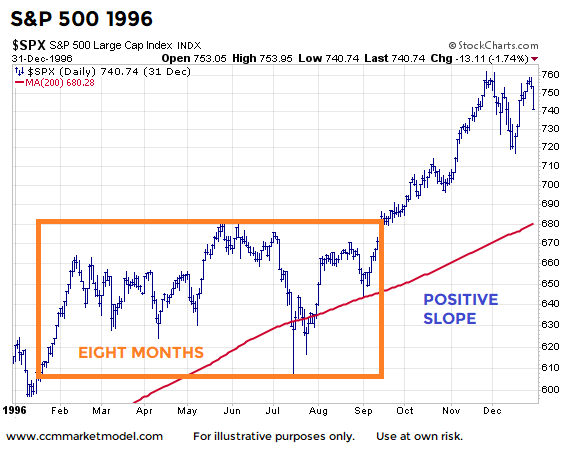 After pushing higher for several months (easier market), the S&P 500 consolidated its gains over an eight-month period in late 1997/early 1998. The market dropped back toward its upward-sloping 200-day moving average on two occasions before resuming the primary trend. 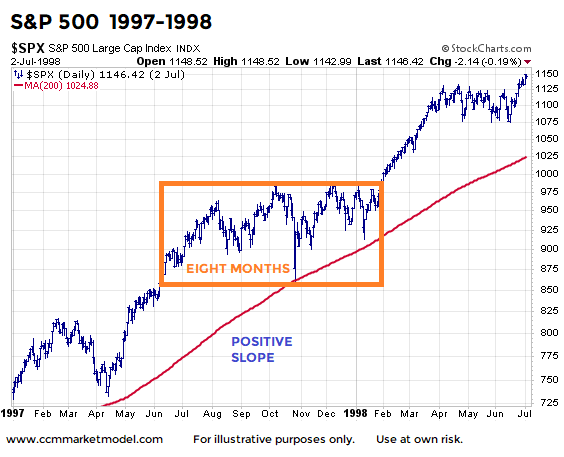 In the context of a strong bullish primary trend, it is not unusual to see the market alternate between easier periods, marked by strong trends, and harder periods of consolidation/frustration/indecisiveness. In the early stages of a new secular trend, the S&P 500 made stands near an upward-sloping 200-day moving average. 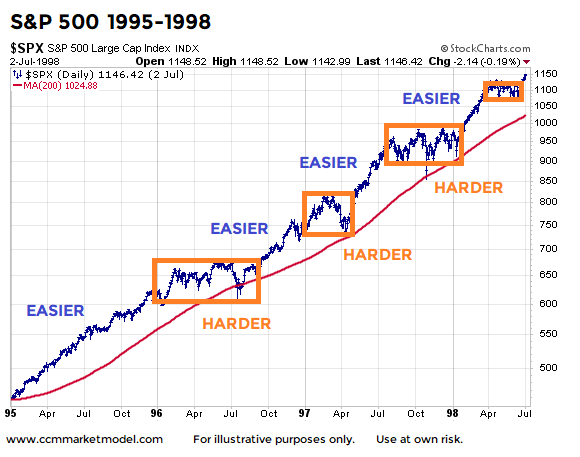 Like 1995, 2017 featured a very strong trend with little in the way of sustained pullbacks. Therefore, it is not surprising that 2018 has been harder than 2017. 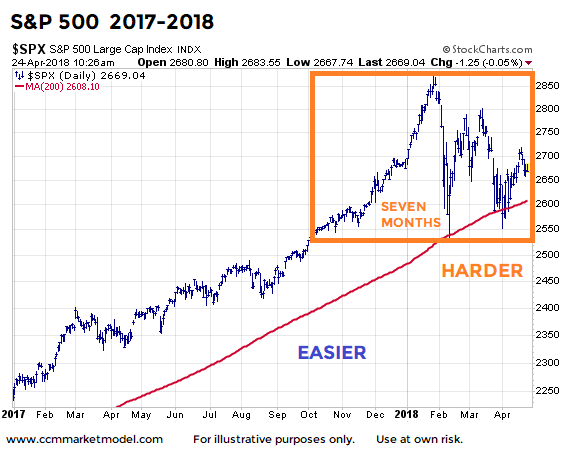 Thus far, the S&P 500 has made two stands near an upward-sloping 200-day moving average, which helps us keep an open mind about better than expected outcomes in the months ahead. Under our approach, it is important to respect a wide range of outcomes, including bearish outcomes. The 1982-1985 case helps us with the other side of the bull/bear ledger.

Catch me on Twitter or over at CCM for market updates and in-depth analysis.