When speaking with clients, one of my favorite phrases to share is:

“Going forward, the S&P500 will probably trade beyond the limits of human imagination.”

2016’s been a good example thus far. From the worst start to a calendar year in the S&P 500’s history, to the fourth highest monthly close in the history of the index here in May at 2096.96. Few alive could imagine trading down to 1810 in February and then trading up to 2100 in May. That’s what makes tracking the performance of the S&P 500 so exhilarating – the tremendous suspense regarding what’s coming next.

While I won’t pretend to truly know what lies ahead, I’m reminded of a statement made by fellow See It Market contributor Ryan Detrick CMT regarding the future performance of equity markets, “strength begets strength”. Unless you live under a rock, you’re aware that the last three months have demonstrated great strength for the S&P 500. In fact, at no point in time during March, April, or May, did the S&P 500 trade below February’s close. This is just the second calendar year since 1970 where March, April, and May never spent one tick below February’s close, the other being 1983. The S&P 500 gapped higher to open March, and the index never looked back.  So, does recent strength beget strength?

Read more from Steve:  Searching For An Apple Stock Bottom

If we measure every rolling three-month period since 1970 (using monthly closing prices) to identify all instances where the S&P 500 did not trade below its monthly closing price from three months prior, we can find 14 occurrences. In these 14 instances the S&P 500’s forward 12 month returns are higher 85.7% of the time for median returns of 8.98%. However, the Bears also seem to leave their mark with a median forward 12-month drawdown from month end signal date of -9.17%. This is nearly two times the median forward 12-month drawdown from all calendar months dating back to 1950. With May’s close at 2096.96 that would mark a forward 12-month low at and around ~1904.  Ironically, this would fill the March 2016 gap and seemingly perpetuate the trading range that’s solidified itself since August of 2015. I’ve seen both Bulls and Bears pounding the table for the S&P 500 to land in “drive” or “reverse”, but I haven’t seen hardly anyone saying the index is staying stuck in “neutral”.  Imagine that? 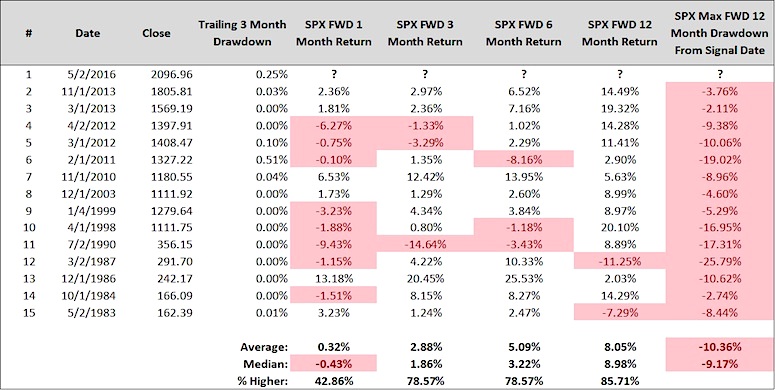 Recent strength certainly makes this appear like “Mission Impossible”.  Perhaps that’s why it’s more likely than most would believe.

Lastly, if you follow my work you know I’m a huge fan of Wayne Whaley. In comments to his subscribers this weekend Wayne reminded us all of the following:

“very rarely does a market begin the year in the fashion it did in 2016 and survive the year without an aftershock.”

While history does suggest an “aftershock” is likely, my primary point is to remind you that it’s important for you open up your imagination when managing your investment portfolio.  How will you be impacted if the S&P 500 trades up to 2650, or down to 1482?  What if the S&P 500 remains stuck in neutral, like a ping pong ball bouncing between 2134 and 1810?

While most of us can’t imagine what’s coming next, we can all take the proactive steps necessary to help our portfolio thrive in a variety of unknown future scenarios. Choose an intelligent plan, ensure prudent contingency plans are part of your equation, and exercise maniacal discipline going forward. If you do, I imagine both Bulls and Bears can find successes over the remainder of 2016. 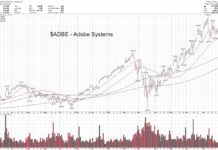