A review of this year’s broad US stock index momentum leaders (such as the Dow Transports and Russell 2000) wouldn’t be complete without a look at NASDAQ Composite. At +28.25% YTD the COMPQ it isn’t the leader of the pack, but after closing above the 61.8% retracement (near 3600, i.e. 10% ago) of the Dot-Com high-to-low in September, it’s worth a look to see how the index’s protracting recovery is faring.

Stats like that in a year like that drop heavy hints that NASDAQ Composite momentum may be erring on the side of “too extended” in its current leg up – hints that are readily affirmed by the data. 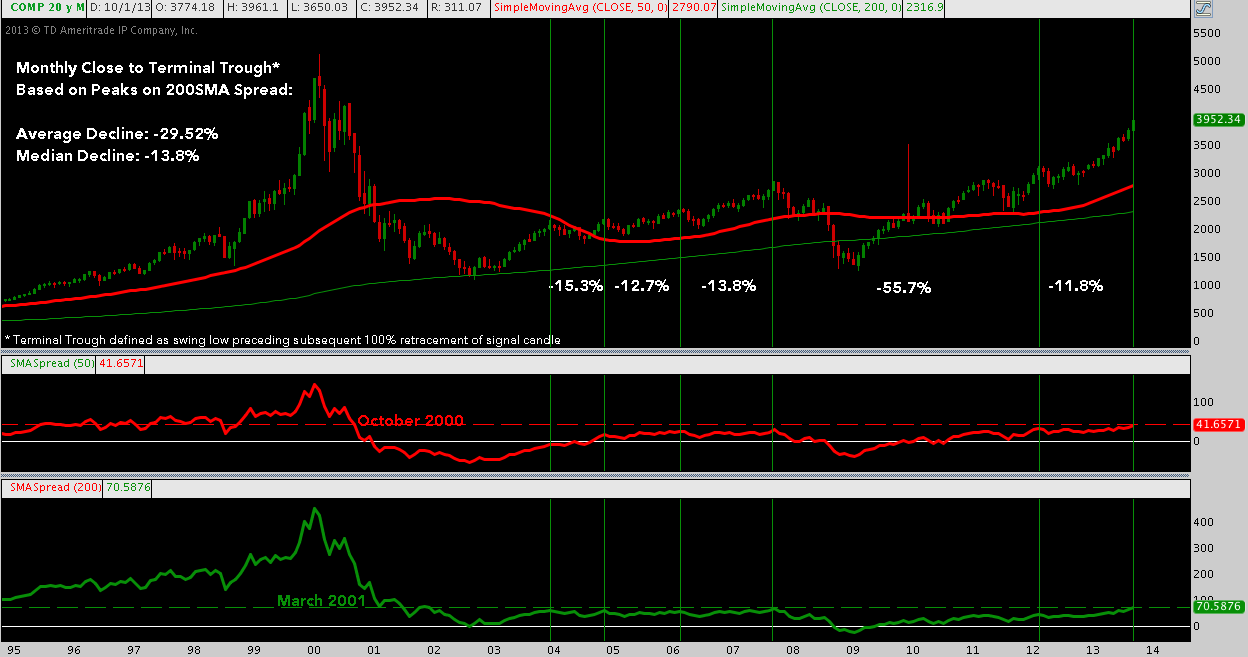