Dow Transports (DJT, IYT): an index few care to talk about until a major Dow Theory signal trips; or some logistics merger or airline debacle occurs.

Along the lines of the first category, the Transports are receiving some attention for their recent out-performance vis-a-vis the far more widely-followed Dow Industrials (DJIA, YM, DIA). 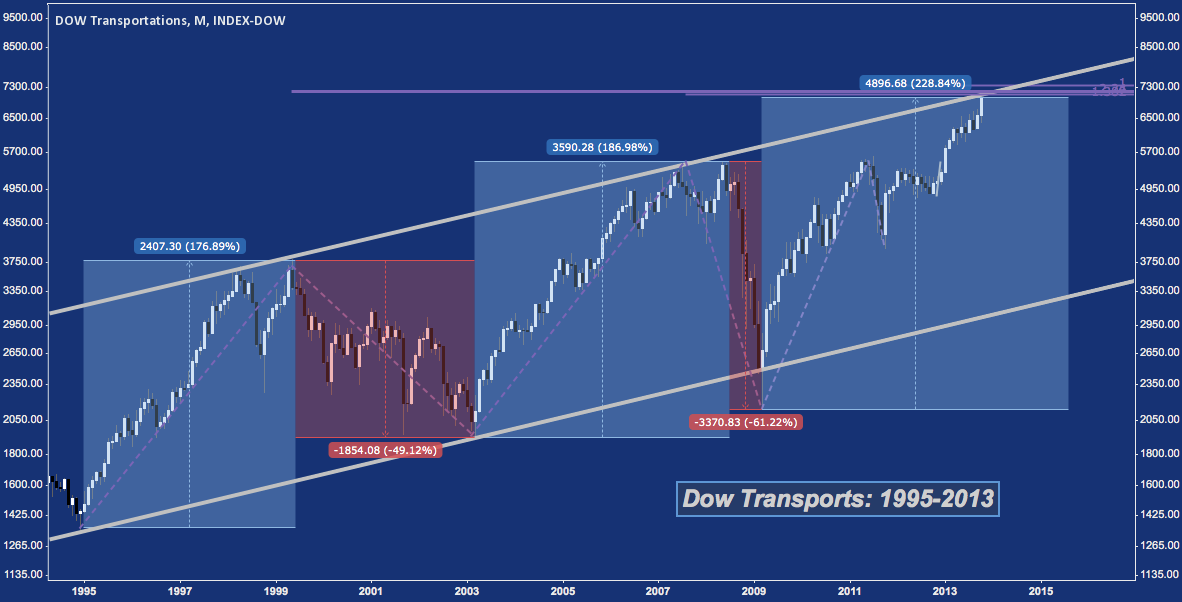 What is clear is that the Dow Transports have skyrocketed (as they often do – check out those rallies), straight into fibonacci cluster resistance (purple lines) at secular rising channel resistance (thick silver lines).

This chart is a great example of how monolithic strongly trending markets can be; and how quickly disconcerting breakdowns can unravel them.  From December 1994 to April 1998, DJT rallied 177%. Some were surely pessimistic on Transports, going into that Spring just prior to the LTCM meltdown; but they were few and probably sorely chastened after their futile attempts to short the index’s constituents.  But over the next 6 months, the index gave up almost 38%.

In the context of this monthly chart (i.e. a medium-to-long term time frame) , is this “new paradigm” of bullish resolve typified by the Dow Transports about to be significantly tested?

Author holds no position in any securities/instruments mentioned at the time of publication.