Key Takeaway: A sustained rebound in earnings growth may require more than just favorable currency translations and is unlikely without improved top-line growth. Evidence that the environment for earnings growth is improving could come from an uptick in earnings estimates or higher interest rates.

The year-over-year change in S&P 500 earnings ticked higher in the first quarter – from a decline of 15% in the final quarter of 2015 to only a 13% decline in the initial quarter of 2016. Not only is it encouraging to see a nascent upswing in earnings growth, but the degree of decline actually stopped short of being too bad to ignore for stocks and the broader stock market.

Historically, earnings declines of this magnitude (falling between 10% and 25%) have actually been associated with strong gains for stock prices. In fact, stocks have historically done much better in periods of poor (but not too bad to ignore) earnings growth than in periods of rapid earnings growth. While somewhat counterintuitive, this reflects the forward-looking tendencies of the stock market. A sustained rebound in earnings growth would be evidence of economic acceleration and would help relieve the excessive valuations that seem to have hampered stock price appreciation over the past year-plus.

While too early to draw a strong conclusion that the earnings decline has run its course, there is some early evidence that may be happening. The headwind from the strong dollar has abated, and with the dollar now flat-to-down on a year-over-year basis, the currency effect on earnings is now a modest positive. We have seen over the past year, however, that currency effects give and they also take away. Sector-level excuses can also disguise what has been going on beneath the surface. Median four-quarter sales growth has stalled for the S&P 500. If earnings are going to sustainably rebound, sales growth (and economic growth with it) will likely have to recover. 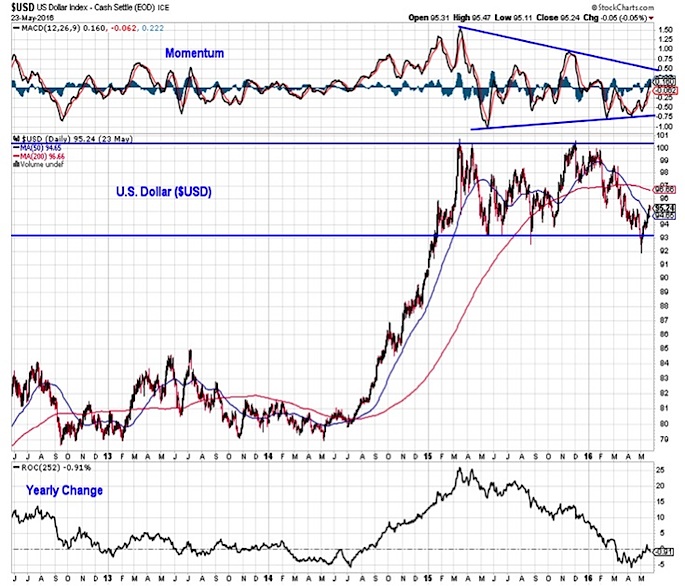 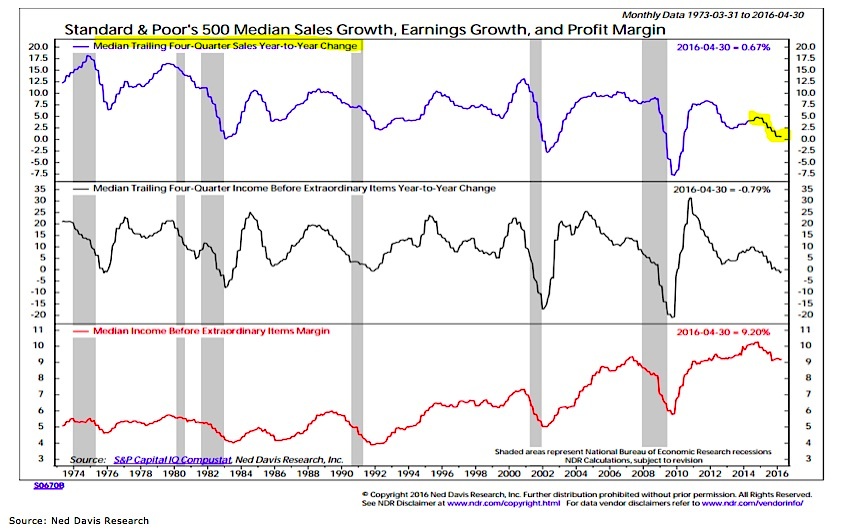 It is not only earnings growth itself that has collapsed, but estimates for future earnings have also moved steadily lower. While expected earnings in 2015 got a lot of attention for their downward trajectory – earnings estimates for 2016 earnings are following a similar path. We do not put much stock in estimates overall, but an up-tick in earnings estimates, or even just a slowing in the pace of downward revisions, could indicate that the earnings environment is indeed improving – and that would be bullish for stocks. We are also keeping track of bond yields but not from a relative valuation perspective. The ability to see sustained increases in interest rates would indicate that economic conditions are improving. Historically a modest rise in real interest rates has coincided with above average economic growth. 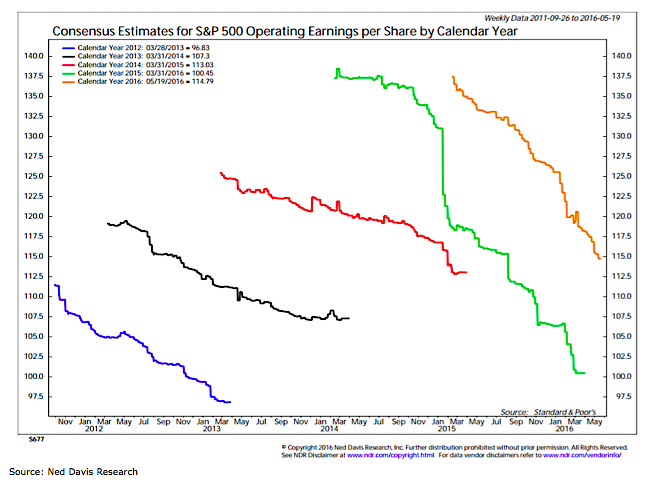 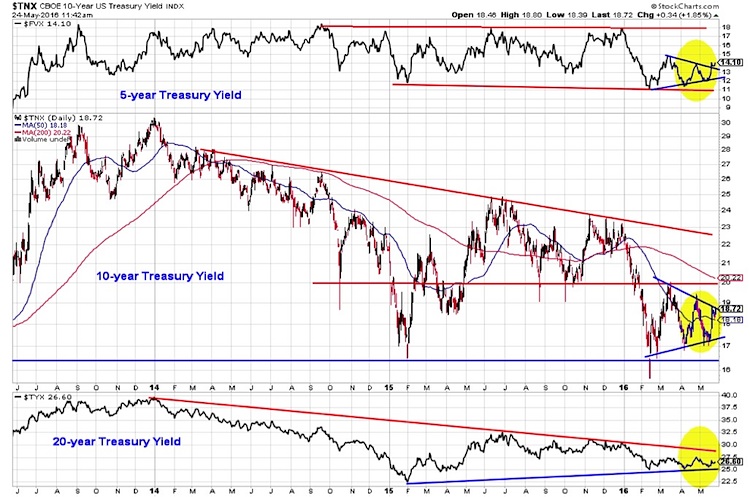