The Federal Reserve has a growing reputation of talking hawkishly (suggesting in speeches that rates could or should soon rise) but acting dovishly (delaying actual tightening when FOMC meetings roll around).

So the increased chatter about the market underestimating the chances of the Federal Reserve taking action in June was initially met with some skepticism. This may have started to change this past week, though.

Data from the Atlanta Fed showed that wage growth has continued to accelerate and the release of the April CPI data showed the yearly increase in the median CPI at its highest level since 2008. Importantly, this comes as bond yields have drifted lower this year and optimism in the bond market has, by some measures, reached its highest point since 2012.

The release of the minutes from the April FOMC meeting, and the tone of the Federal Reserve’s discussion about the prospects of a June rate hike, was sufficient to grab the bond market’s attention. The yield on the 10-year T-Note spiked higher and for the week rose from 1.72% to 1.85%. The reaction in interest rate sensitive areas of the stock market was even more dramatic. While the S&P 500 overall was basically flat on the week, Utilities and REIT’s were down more than 2% and Financials (which are expected to benefit from higher interest rates) rallied nearly 1.5%. 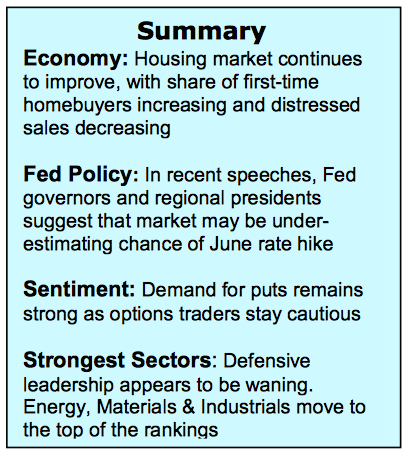 The S&P 500 traded within a relatively wide range last week, but managed to finish with a modest gain, rallying for the first time in four weeks. The S&P 500 held, on a closing basis, support near 2040. This was a mild positive, but there’s plenty of work to be done. Market breadth, as measured by the percentage of industry groups in weekly up trends has remained relatively healthy, although daily sector-level trends have seen more significant deterioration.

Overall stocks remain in a consolidation mode – excessive valuations continue weigh on rally potential, while a quick return to pessimism (even as stock prices have largely marked time) provides a measure of support. The most bullish development for the stock market may be the rotation being seen to more cyclical leadership and the narrowing in the gap in recent months between the best and worst performing sectors. For now, however, last week’s action epitomizes what we have seen from stocks – a wide trading range and sense of volatility, but little net progress in either direction. 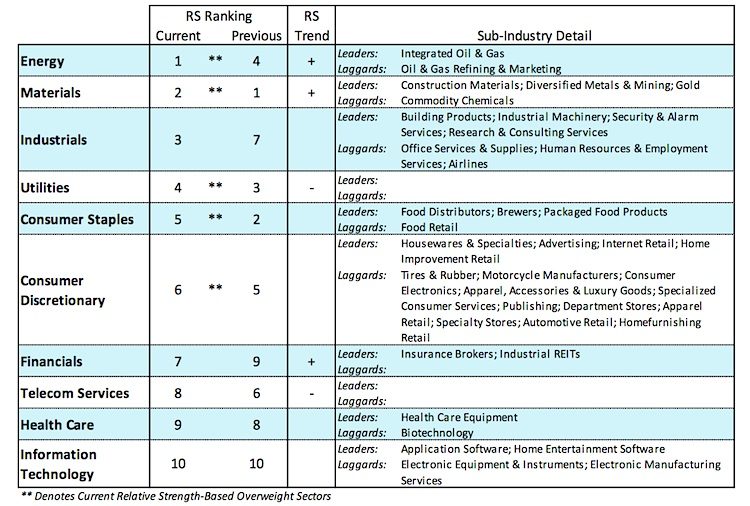 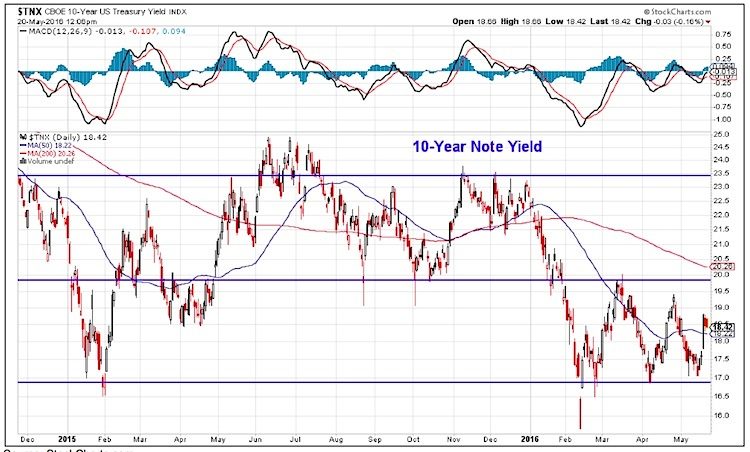