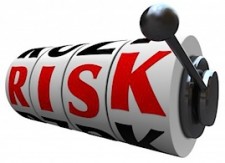 In the stock market, there seems nothing more romantic than someone ‘calling’ a market top. At some point we’ve all likely succumbed to making our own ‘call’, eventually wising up and yielding to the grizzled veteran approach of insisting that market tops are indeed a process and not a particular point. This post is not a ‘call’, but if I were to go looking for the process, the following 6 items would show up on my scavenger hunt.

An explosion in outlandishly bullish price targets. This can involve both market indices and individual stocks. When PaineWebber slapped a $1000 price target on Qualcomm (QCOM) on December 29, 1999, it didn’t mark an absolute market top but it most likely became part of the process. Then, consider the timing of Businessweek covering Harry Dent’s Dow 40,000 ‘call’ on March 27, 2000. Note: my idea of outlandish targets does not include an obsession over psychologically important round numbers (i.e. Dow 17,000) or stocks reaching multiples of $100, which may be more empathic of longer bullish trends – it’s the head scratching analyst or strategist price targets screaming to you that animal spirits have completely run amok.

Narrowness in the market leaders. If you remember the days of the Nifty Fifty you’re likely collecting Social Security now, but the transfixion in the early 1970’s over a small number of stocks gave way to a grueling decade-long bear market. Our most recent peaks in 2000 and 2008 gradually became more and more concentrated in fewer and fewer outperformers prompting numerous explanations of market performance by stripping out the top 10 or 20 performers (or even fewer). It’s time for some serious evaluation when a substantially smaller number of stocks do the heavy lifting. And this fits well with the market tops process.

Consensus/feeling that there really even isn’t a possibility of a market decline. This one gets more difficult to gauge. Who’s calling for the S&P 500 to drop 20% or more? (minus the usual suspects). Does the thought of a 5% selloff seem blasphemous as some type of force-field seems to have its grip on the markets suspending normal cycles? At its extreme, this one tends to evolve into the market axiom that the move which will punish the most participants is eventually the path taken.

Higher levels of investor dissatisfaction and increased anxiety. Yes, both seem a bit counter-intuitive. When you see large pockets of investors lamenting the fact that markets have only advanced 8% over the past 5 months and have regrettably stalled, their restlessness during periods of outperformance should start to send smoke signals that a market top may be in sight. On the flip side, 1-2% declines that are increasingly met with sheer horror and angst are another sign to me that the trend may be nearer an end than advancing further.

An explosion in articles and stories about index investing. Recently, Vanguard eclipsed $3 Trillion in assets, matching the entire hedge fund industry and stories exalting passive management are exceeding ones on why to hire active managers by a wide ratio. If one could chart the comfortableness of index investing, I surmise that we’d see some very compelling correlations to that period’s most recent performance. I’ve never seen a market strategy (and index investing is definitely a strategy) that has taken on ‘no-brainer’ status, that eventually wasn’t tested, struggled, or even repealed.

Exhaustion of Cockiness. This is the #1 tell I’m personally looking for when concerned about a market top. When bull runs are in their heyday, the brashest and most aggressive investors tend to possess bravado that nothing can go wrong (and tell you about it every chance they get). Eventually though, there comes a time when markets get more narrow (see above), and smaller advances disappoint investors and trader restlessness grows. Markets start to internally break down, and while markets stay suspended near high levels, the selloffs tend to start attacking the riskiest positions first leaving the indices to appear unscathed. If the most aggressive positions take their lumps the earliest, the cockiness quotient takes a hit, producing an environment where investor boldness may retreat and act as a leading indicator prior to the market averages beginning their descent.

Investors point to a myriad of other indicators near market tops – margin debt, an overly hot IPO market, and low levels of bearishness are a few that come to mind. The most difficult thing with all mentioned in this post though is hindsight bias, and the courage to act accordingly in the moment you think a peak or turn is occurring. It’s easy to point back to the AOL (AOL) / Time Warner (TWX) merger as a ‘tell’ years after the fact but it’s far more difficult to take action when you think the time is nigh. That there has likely been a massive trend intact makes contrary action all the harder due to pressures of following the herd.

Understandably we have a tremendous propensity to quantify everything in today’s market, frankly because we can. In 1987 when Marty Zweig called the stock market crash, I had a Commodore 64 computer, whereas I’d guess today you can get an instantaneous update of the put-call ratio on your Apple Watch. That being said, the ‘process’ of a market top will always involve two components – human nature and investor psychology – those cannot be repealed regardless how computerized and technical we get. 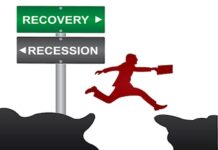 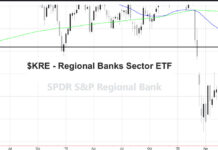 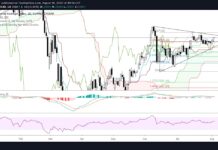