Stocks failed to meaningful break above resistance and the short-term up-trends that had emerged off of the late-August lows have not provided support from either a price or momentum perspective. It continues to look like a range-bound testing phase. Positive breadth divergences on any re-test would suggest that risks are subsiding.

While U.S. stocks overall appear range-bound, they are gaining strength relative to their international counterparts. The overseas outperformance in the first half appears to have been the counter-trend rally. Relative strength trends favor the U.S. versus the rest of the world, and developed markets over emerging markets.

Optimism has been waning and pessimism building, but there is still little evidence that investors have fully moved beyond a “buy-the-dip” mentality and thrown in the towel. This week’s sentiment surveys (which are included below) show a move in that direction, but it does not look like we are there just yet. 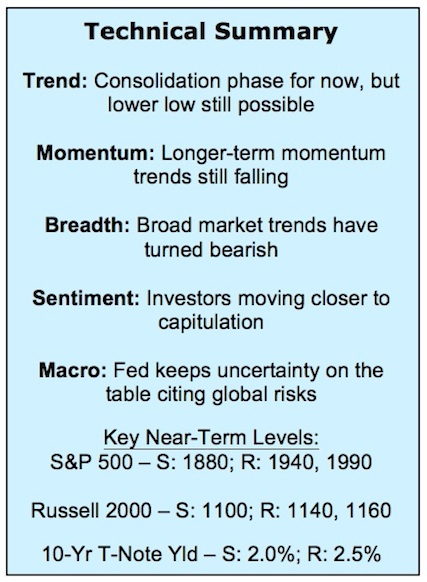 Downside momentum has re-emerged following a failed breakout and subsequent failed test of support. While the early September lows could offer some initial support near 1910, the S&P 500 Index appears on its way to test the late-August lows. 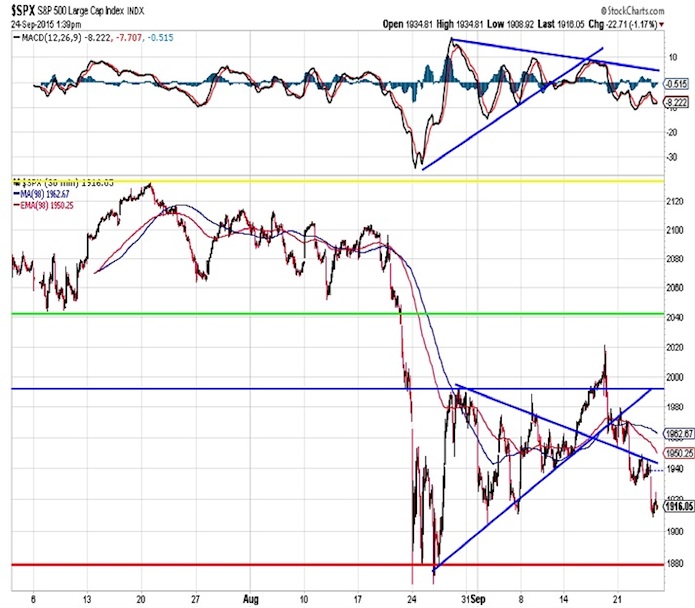 The small-cap Russell 2000 Index is also range-bound, although within the context of a down-trend channel.

After it failed to sustain an upside break-out, we could see a full test of the lower bound near 1100 (which would coincide with the late-August lows). Small-caps have failed to decisively seize leadership from the large-caps. 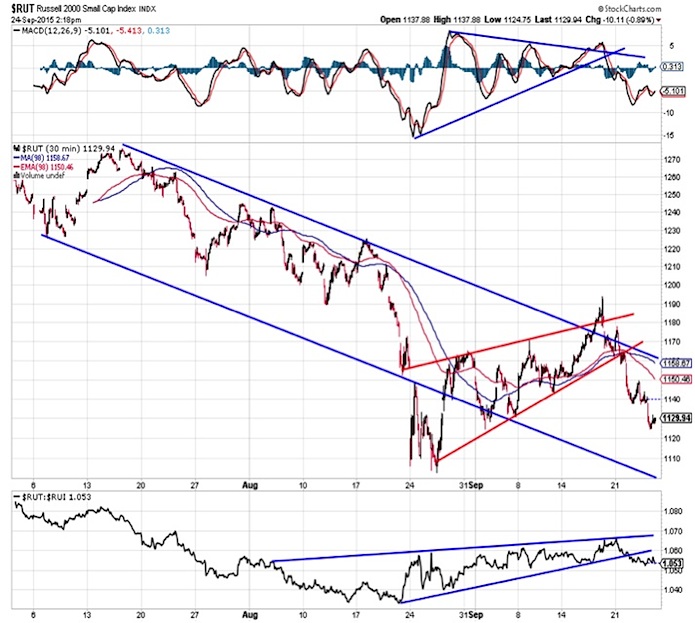 Next up is a look at Europe and sentiment.

continue reading more on the next page…