Further evidence of an improving momentum backdrop would be a turn higher in the weekly MACD momentum indicator for the S&P 500.

This provided a valuable signal off of the October 2011 lows, and a similar turn now would suggest downside momentum has run its course. 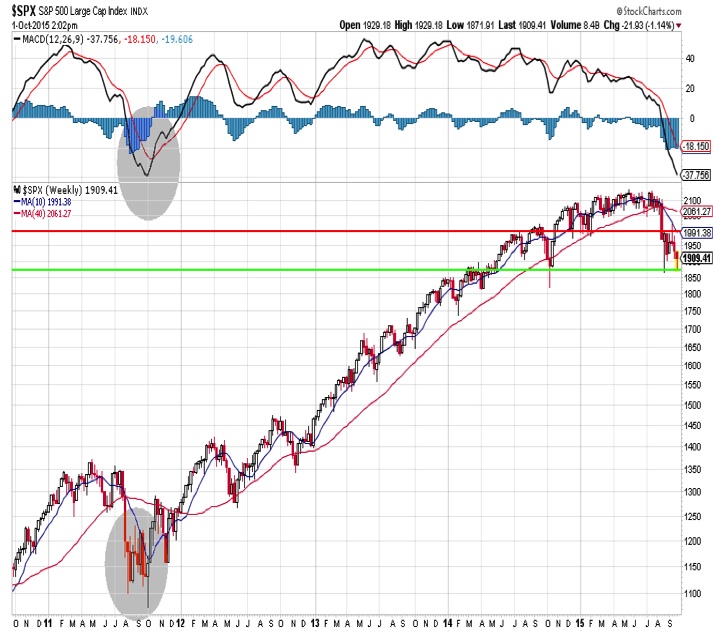 This week has provided evidence that pessimism has gotten to excessively high levels. On the Investors Intelligence survey, bulls were little changed (falling from 26% to 25%), but bearish sentiment surged from 30% to 35%. Since July, the number of bulls has been cut in half and the number of bears has doubled. The spread between bulls and bears is now approaching the level seen at the October 2011 lows. 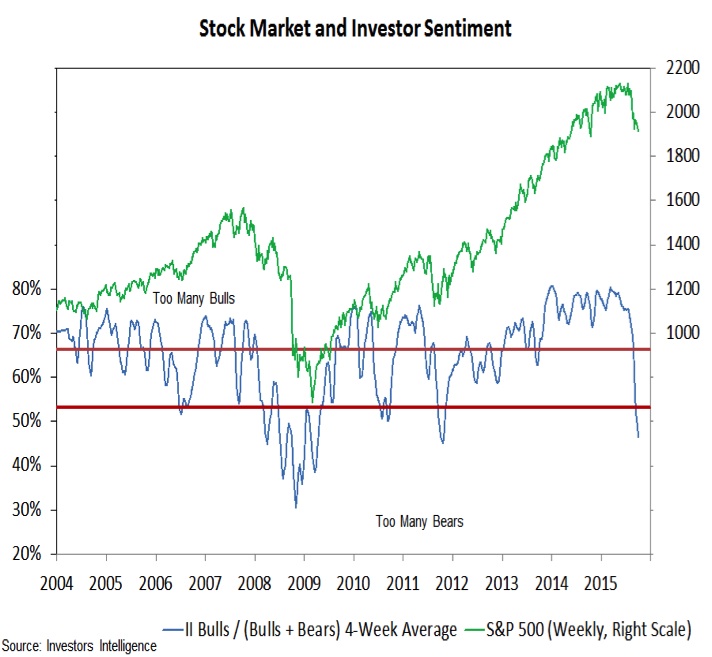 One area of concern is the drift lower in Treasury yields and widening in credit spreads, as they may indicate increasing levels of financial stress. The yield on the 10-year T-Note broke above its down-trend in May, and test (from above) of the extension of that downtrend has been ongoing since. Now however, support is not holding and the yield is approaching 2.0%. If that support level does not hold, look for support near 1.9%. 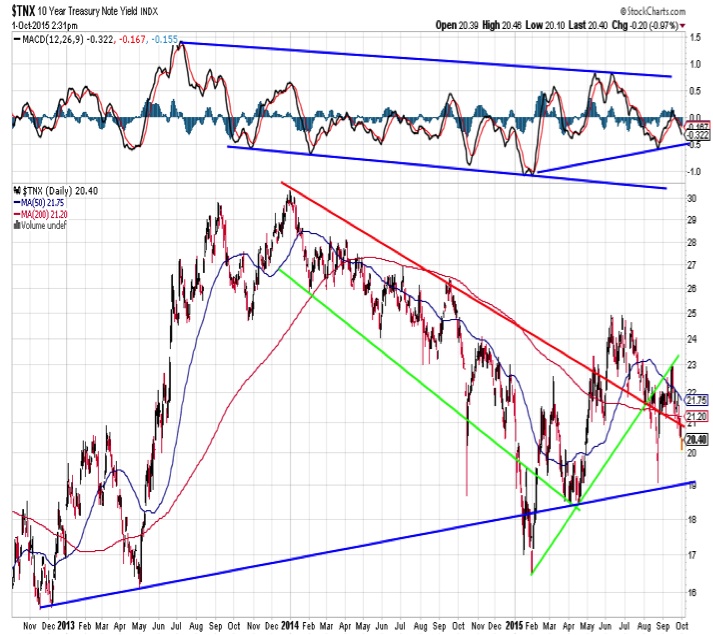 The pace of deteioration in the Health Care sector has been remarkable. From a relative price perspective, the year-to-date gains accumulated over nearly eight months have been unwound in the past four weeks. Momentum and breadth are makign lower lows and the sector may need more time to consolidate before getting back in gear. Four consecutive years of outperformance versus the S&P 500 could be coming to a close in 2015. 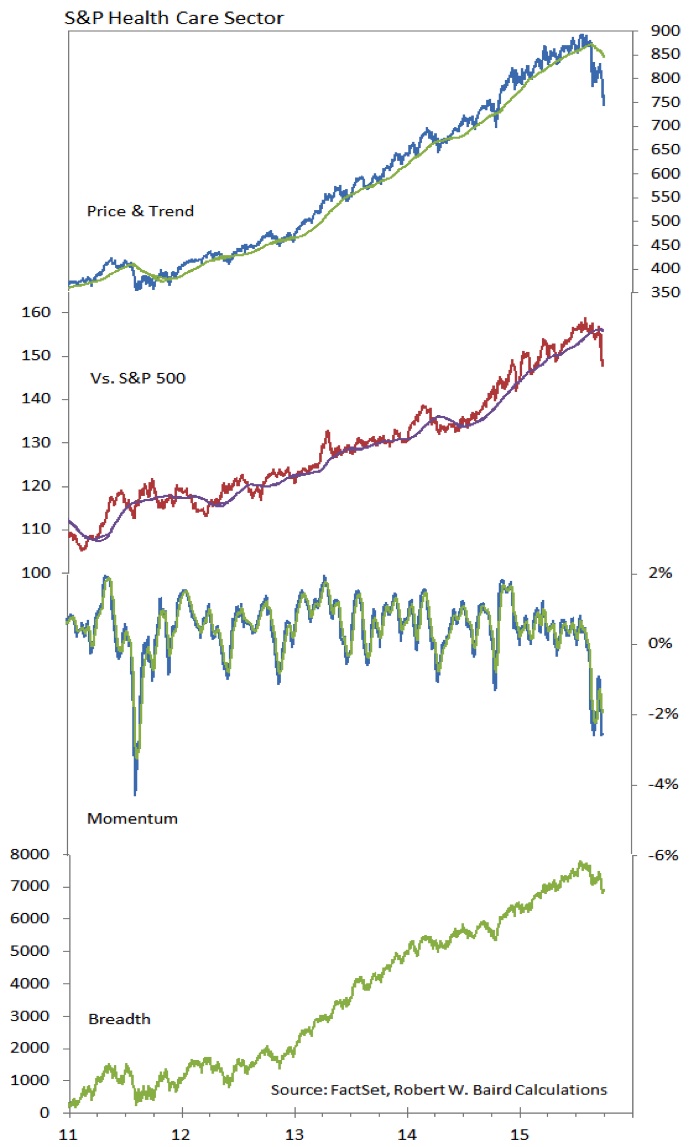 Thanks for reading this week’s market outlook. Have a great weekend.