The first month of 2016 is now in the books and it was just plain ugly for most financial markets. As many commentators noted this was one of the worst January’s in the history for US equities, particularly the first two weeks. Despite a furious rally on the last day of trading the majority of asset classes ended the month decidedly lower, with the S&P 500 down -5.07% for the month.

Bonds and gold offered some protection from the rout and defense was the predominant theme for the month.

The performance breakdown by US equity sector illustrates this fairly well. (see table below)

In going through the January 2016 stock market review, we found the best performing sectors were exclusively defensive in nature (utilities and consumer staples), while high beta/momentum sectors (technology, etc.) saw the biggest drawdowns.

Financial services had a surprisingly poor month, likely a result of concerns over debt exposure and declining interest rates.

Lost in the month’s narrative and headlines, which almost exclusively focused on crude oil, China, and the Middle East, was the staggering carnage in the biotech sector, which ended the month down -28%(!) as the unwinding of the biggest speculative bubble since the Dot-Com era continued (we wrote the Biotech sector bubble in March and September of last year).

Is This The Start of a Bear Market?

This was probably the most frequently asked question in January. Definitions of market corrections and bear markets are essentially arbitrary and frequently miss the point.

We think it is more accurate to say that January of 2016 brought the underlying weakness in many equity sectors to the surface. Last year may have been a flat or even positive year for some US equity indices and sectors but was decidedly negative for the majority (transports, energy, miners, small caps, and so on) and several are officially in bear market territory at this time.

Taking a step back and looking at the big picture, we remain towards the tail end of a fairly long bull market for US equities. Despite January’s market correction, equity valuations remain elevated, corporate earnings are mixed at best, the corporate debt picture is not pretty, and from the technical/price structure perspective all major stock market indices are now in downtrends.

It is impossible to predict the future, but the reasonable conclusion from this is that the downtrend is likely to continue to unfold over the coming months and possibly longer.

It is important to remember that markets never go up or down in a straight line. Even in the worst of bear markets there will be sharp counter-trend rallies and one-day moves like the one we saw on Friday.

Inevitably, all of them run out of steam and lead to more selling until the bear market has run its course.

Many analysts thought the January sell-off was an irrational panic reaction not supported by economic fundamentals, which show continued economic expansion, strong employment trends (at least in the U.S.), as well as no other signs a recession is imminent.

This may be the case and January’s weakness could well turn out to be a blip in a long secular bull market.

However, it is important to remember that most economic indicators have a poor track record of accurately forecasting recessions. Lagging indicators, such as unemployment, are usually strongest at the tail end of a business cycle.

One of the most reliable, albeit far from perfect, forward-looking indicators is actually the price action of equities (i.e. the broader stock market). While January’s drop in stocks certainly strengthens the case for a possible recession later this year, it is too early to declare it with any certainty.

Even if we are barreling toward a recession, this is no cause for doom and gloom in our opinion.

It is true that “fear sells” and recessions and bear markets make for great news headlines, but they are also normal and recurring parts of the economic cycle. It is impossible to have an expansion or bull market without their polar opposites.

The silver lining of recessions is that they clear out the inefficiencies and misallocated capital of the past and pave way for the profitable investment opportunities of the future.

What Should Investors Do?

This is the easiest question for us to answer.

If you are a long-term investor you really do not need to concern yourself with any of the above. Instead you should:

The above may be boring but that’s exactly how long-term investing should be.

If you are looking for excitement and an adrenaline rush in the markets the question to ask yourself is whether you are really an investor. 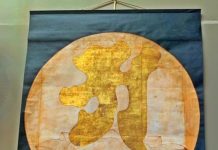 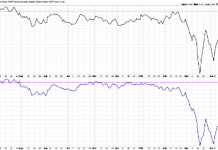