As the markets push higher, investors tend to become more wary by nature. This often leads to the markets climbing the proverbial “wall of worry” and several investors missing out on the opportunity of higher prices. Will March offer more of the same? Or could the markets have something else in store for active investors.

One of the many near-term indicators I am watching pertains to Dow theory. And more precisely, one of the more visible core tenets of Dow Theory: that it’s important to see price confirmation (directionally) from both the Dow Jones Industrial Average (DJIA) and Dow Jones Transportation Average (DJT). And thus far in 2015, we’ve seen the Industrials reach new all time highs, while the Transports have not. As well, the Industrials RSI is sitting at 62 (well below its December peak). 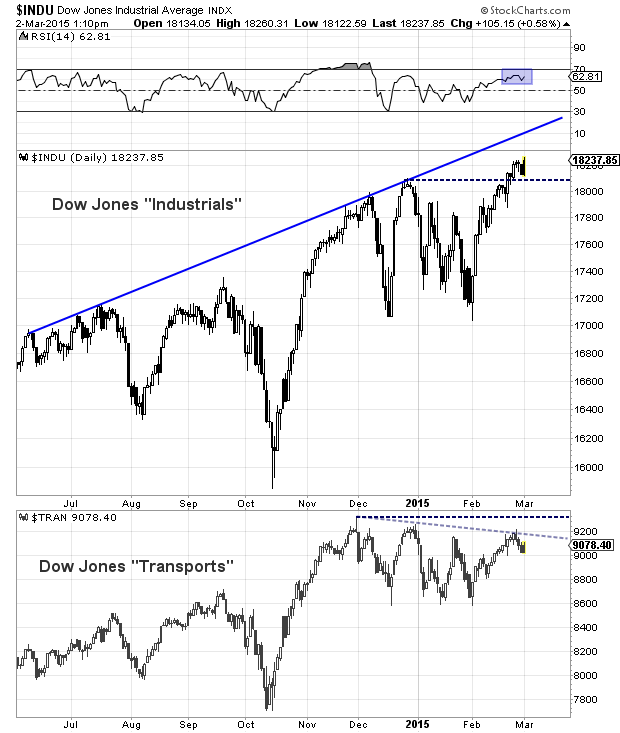 There are a couple things to note here, though. The chart is simply saying that the Transports have not confirmed the highs of the Industrials. And, further, if this divergence persists, it could be a red flag for the broader market. As well, both indices made new highs together in November – so from a “time frame” perspective, this is a shorter-term indicator.

That said, one example of a persistent Dow Theory divergence is from 2012, and it led to a swoon in June of that year: 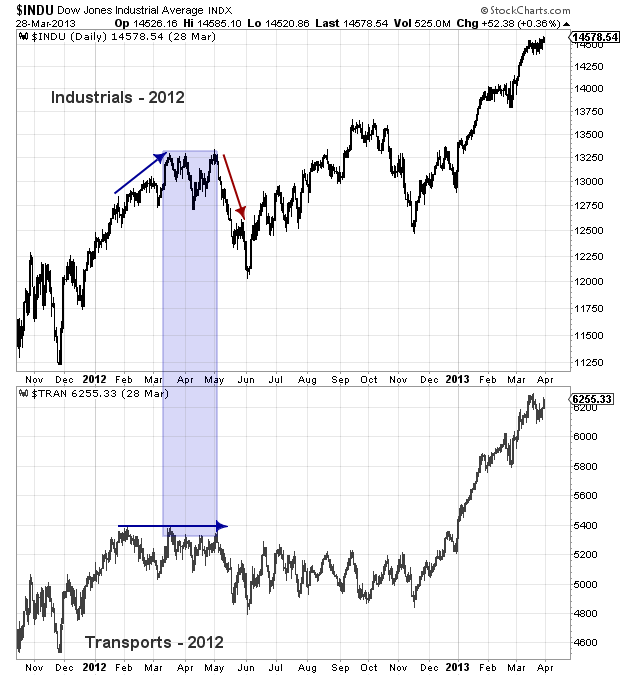 I’ll have another post up later today looking at a host of technical and fundamental indicators that are flashing near-term caution into March. Thanks for reading.