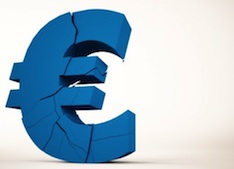 By Alex Salomon     Since Saturday morning early tweets, then blogs, then news reports on the Cyprus bailout, lots has been written. Early on, I was philosophically undecided, financially happy. Let’s be candid: very early on, by noon on Saturday, I didn’t care either way about Cypriot deposits, about the bailout, about the decision. I was reading all the initial reactions, mostly all up in arms, and many focused on the illegal nature of the move; how it was wrong, unfair, unjust, and could risk the collapse of the European recovery, roil the financial markets, and in the most extreme cases, how such a measure would likely eventually spread out to Spain, Portugal, Greece and other weak EU countries. These early reviews of the Cyprus bailout were actually making me very happy: I had been accumulating a leveraged short position (UVXY) since the previous Friday’s NFP report. And I had been sweating the position. I was getting ready to “eject” and take my loss, so, frankly, the early gloom and doom reports were selfishly satisfying.

There I was: not really caring about Cyprus and yet, happy that Volatility would spike on Monday (And spike it did – I covered my positions for sizable gains).

While my personal dust was settling, I was trying to form a more personal opinion on the actual levy, and it seems that I have a massively contrarian view on the entire topic, as I find the levy and the Cyprus bailout solution quite satisfying, even appealing and worth defending!

First and foremost, at the time of writing this article (Monday evening), the final terms of the levy had not been voted and accepted by the Cypriot Parliament, but it seems more likely that the levy will spare small depositors, and gradually affect larger deposits. The anecdotal reports of a 11-year-old girl with E150 pocket money savings facing a E9 levy or of the bartender with an overdrawn account potentially getting a credit, hopefully, will remain anecdotal. The levy is likely to affect deposits above a given minimum, and proportionally grow steeper.

Secondly, no matter how you cut it, being right or wrong is pointless for the entire argument: the measures will pass, or not, and fate will be sealed. I merely want to offer a different point of view on a program that has been heavily criticized: to defend what few have defended!

1) On the legal frame work itself, I am bothered that the levy is easily qualified as illegal by many commentators, while they never question the actual legal frame work of the Cypriot economy, tax code, tax haven provisions, lack of control against money-laundering, tax fraud and evasion. I read how the levy is illegal, but I have hardly read any commentary on how so many companies and large depositors have failed to respect the Cyprus tax code, failed to pay legal taxes, failed to respect the laws.

I am bothered by the criticism of the levy, while so few consider that tax evasion is so common in Cyprus and Greece; I believe that this is actually one of the roots of their financial ruin.

Additionally, in general, I like to remind readers that the legality or illegality of a measure doesn’t constitute the absolute criteria of rightfulness… I hope I don’t have to go deeper into this argument: laws in North Korea are legally passed, are they right?

So, in Cyprus, it had been legal for most Russian oligarchs and maybe even mafia organizations to park their money in Cyprus, but it still doesn’t make it right.

3) On a social level, I find the levy strikingly just and fair, and it has tremendous appeal. It is arguably the first austerity measure & bailout measure that will actually burden the wealthy as much or more as the compressed middle-class. I do subscribe to the view that if Greece has had the same measures, the same courage, the same plan, they could have targeted tax evaders, the Orthodox Church, Greek shippers and other protected “Greek financial aristocracies”, the very same who escaped taxes and tax law, the same who never contributed to the Greek deficits.

The Greek situation was disastrous for many other reasons, including insane public spending as relative to public revenues, yet the Greek bailout pretty much massacred the young, the unemployed, and the middle class.

I feel almost schizophrenic about the whole concept, as I wholly reject socialism, yet, I find the concept of a global levy, a global “bail-out with bail-in”, for all citizens, spread across all citizens, a fair concept.

4) On the repeatability argument (similar levies are going to spread to all countries, to the USA, maybe even to the Moon?), again, I believe that if Cyprus tax code & collections was enforced like in most other EU countries, the bail-out would have not been needed, or not as needed.

The levy is a counterpart to a need for bailout, in a country that cannot otherwise afford a bailout.

Raising taxes in Greece has been pretty much useless, because taxes are still mostly not collected.

5) On a geopolitical level, I wonder whether this tough measure, this tough stance, is actually massively bullish for the future integration, the future federation of the EU? Is this measure the first step towards a greater unified Europe? No matter how you cut it, the decision was difficult to make, was a battle ground, and I wonder whether it will help solidify Europe, by showing that it can take tough measures for loose economies and tax codes. Was the levy the first (bullish) step towards future uniformed tax codes & collections?

I am not a market technician. I do not know much about OMT, DPS, FDIC in Cyprus, the ECB mandate. On the other hand, I like to take the contrarian view on most topics in life, geopolitics and finances. With the consensus so strongly in place against the Cypriot plan, I am drawn to defending it.

I made money off a losing position in the volatility it created, but I like it for much more than that!


Author held position in UVXY until market open on Monday, then bought XIV and TNA during the day Monday, and is now positioned on the long side (bullish) heading into Tuesday morning, the time of publication. 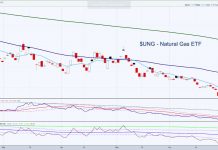