In January of 2013 I took an interest in the strength of the Russell 2000 (RUT) and did some pretty simple chart analysis. Basically the RUT went from an uptrend channel to what I call a PUT, a Power Up Trend.  Now that price has fallen out of the PUT, but is still well within the uptrend channel, let’s dig deeper using Fibonacci analysis. 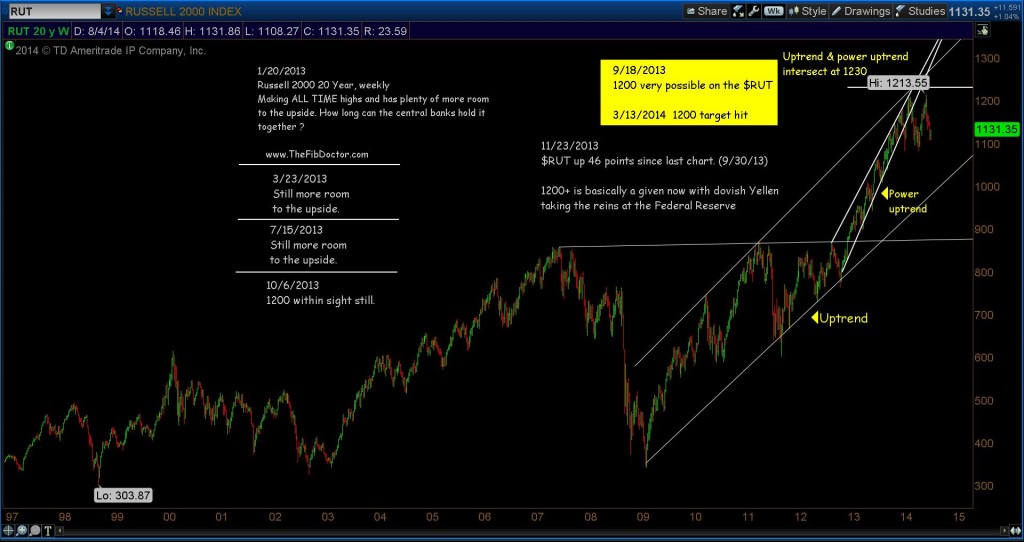 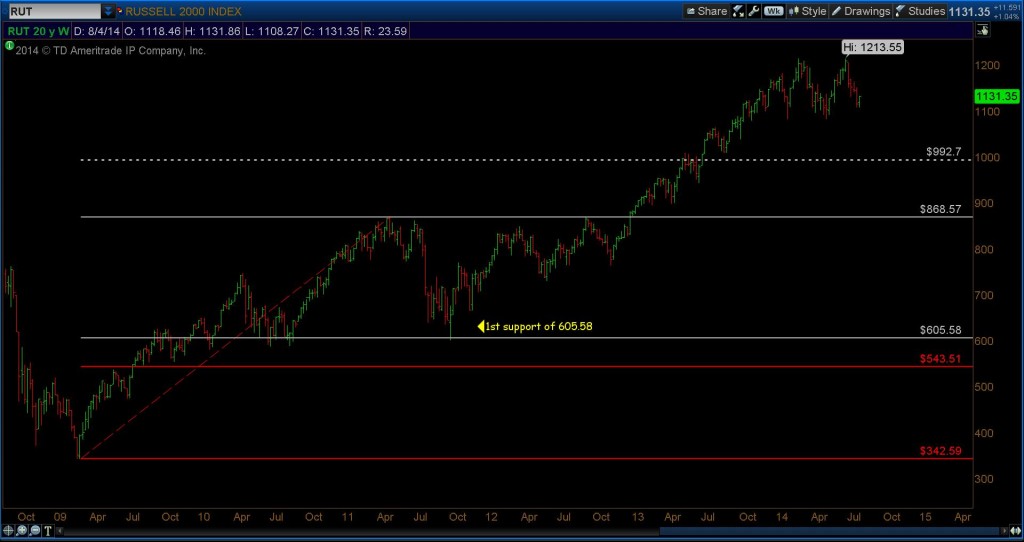 Now, let’s drill down to get a better view of levels to watch. In the 2 charts below, I’m going to outline the shorter term levels as well as the longer term target. 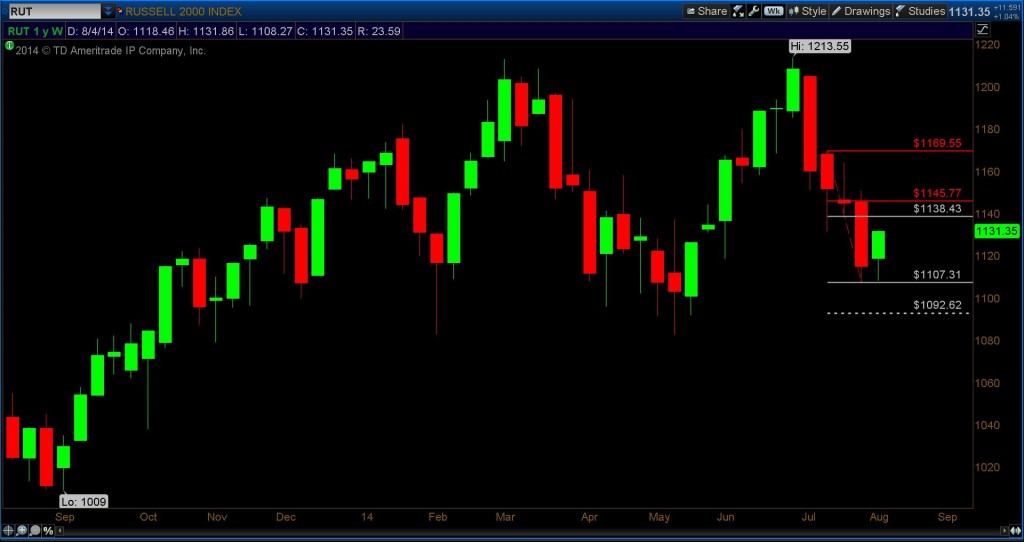 If price continues to move up, as we approach the 1213.55 high I’ll revisit this chart and break it down to shorter levels.  Thanks for reading. 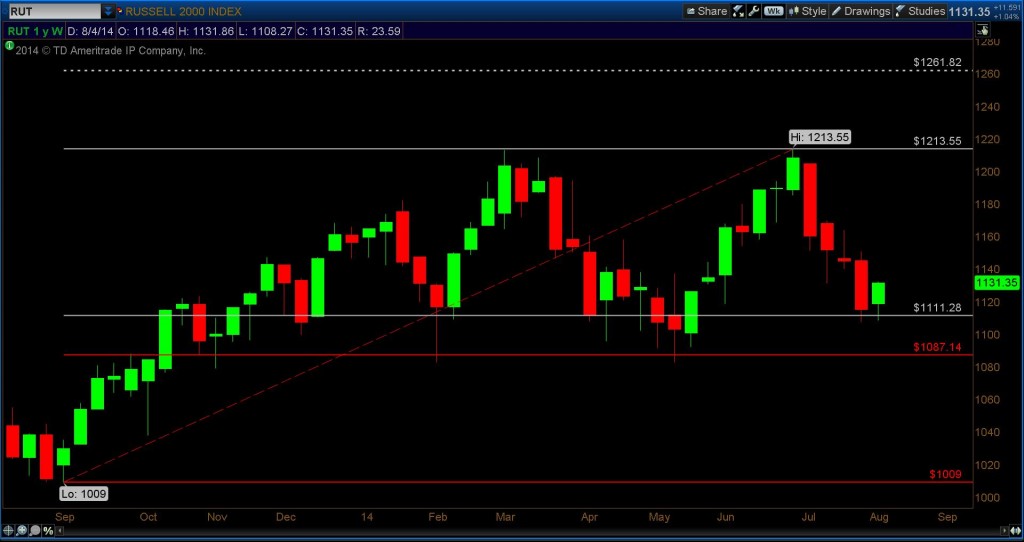