As the Russell 2000 (IWM) broke below it’s 50-Day Simple Moving Average (SMA) last week, we noted the same day that the 12 previous occurrences of this event (i.e since the beginning of 2013) had evolved into a consistent bear trap cycle, inciting rapid and ravenous buying on what conventional technical wisdom suggests is a bearish development.

Summarizing the statistics there we observed:

One week later, we can make it 13-of-13: in close alignment with the averages established over the last year, IWM spent 3 days (including the initial close) below the 50-Day SMA, falling -1.55% beneath the average before bouncing (below: orange rectangle, far right) last Thursday. 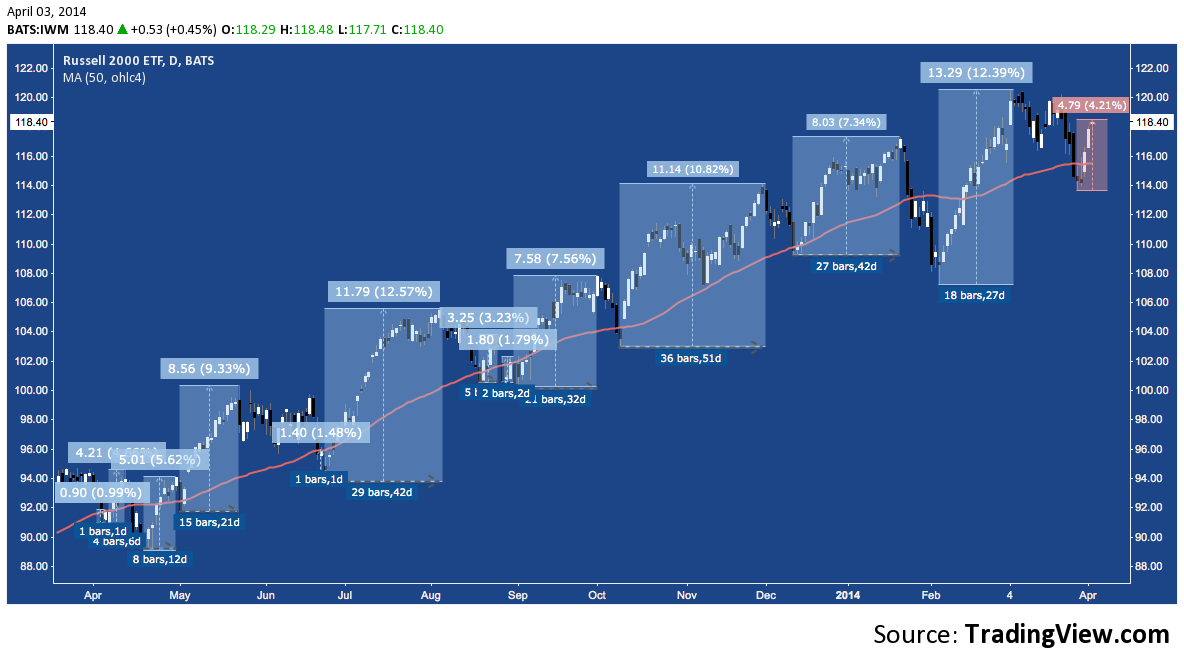 From the bottom put in place during the previous 12 round-trips across the 50-Day SMA, here’s the breakdown of subsequent positive performance mentioned there:

How long is IWM’s advance after bottoming below its 50-Day SMA?

How does IWM performance during these advances after bottoming below its 50-Day SMA?

Over these occurrences the average bounce from the trough below the 50-Day SMA is +6.48% over 15 trading days.

Looking at the present, IWM is well ahead of the average pace, already covering as much as +4.21% in 5 trading days.  The chart below shows the weak (+0.99% in 2 sessions), average and strong (+12.39% in 37 sessions) bounce scenarios, with the current bounce-in-progress in orange.  The average bounce scenario sees an additional +2.27% of upside for IWM over the next 2 weeks. 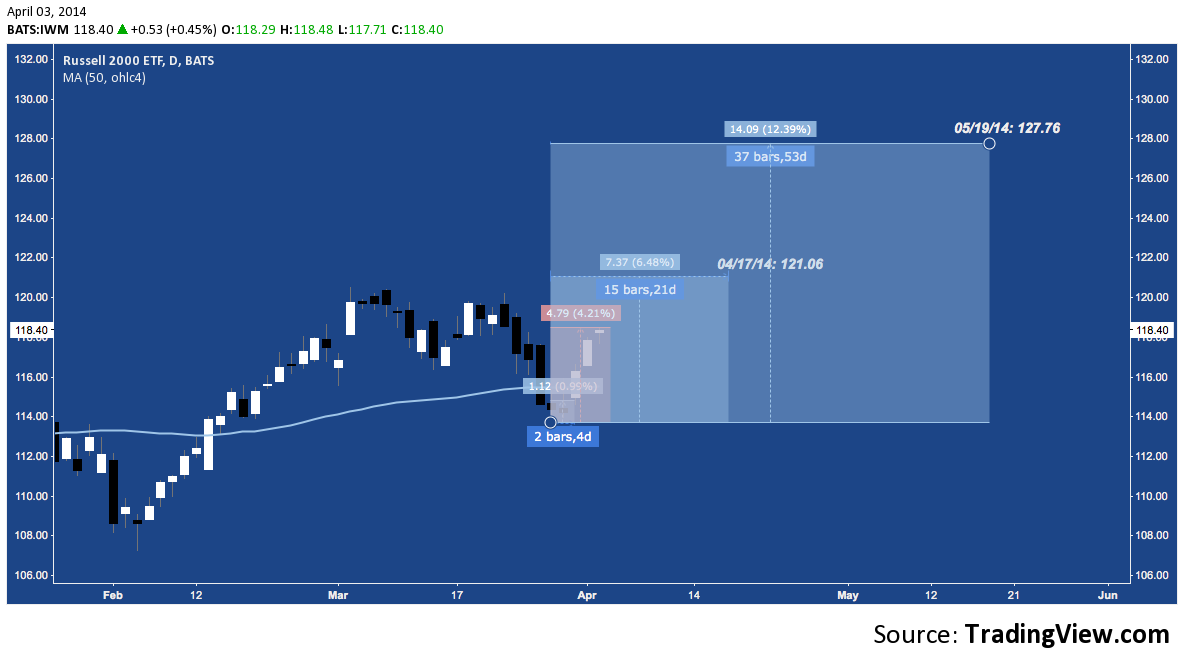 This February’s bounce was the strongest over the series studied, advancing 12.4%.  A comparable move here would carry IWM far above it’s all-time high just over 120.  If that happens, expect all-pervasive talk about a “repeat of 2013” – and the rumored extinction of the bears trapped with increasingly boring consistency (and complacency) over the last 12 months.