Depending on one’s bias, reaction can range from ‘yee-haw’ to ‘not again’.

All good, except these estimates have shown a tendency to paint a rosy picture out of the starting blocks, only to get revised downward as time passes. 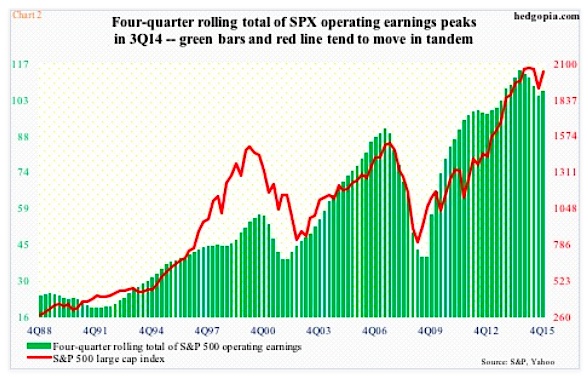 Well, as early as February last year, 2016 was expected to bring in $137.50; as of January 14th of this year, they stood at $124.13.  Even to meet these lowered 2016 operating earnings estimates, a lot of things have to go right, not the least of which is acceleration in the U.S. economy and stability or a rise in crude oil prices.

That is assuming a lot, particularly considering the economy is only six months from completing its seventh year of expansion, and that, should data permit, the Fed is itching to continue to tighten. 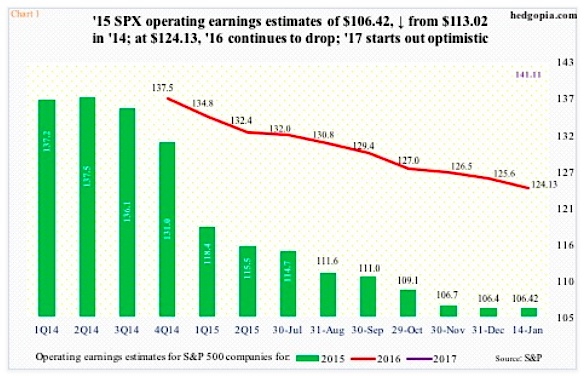 Incidentally, U.S. corporate profits adjusted for inventory valuation and depreciation peaked in 3Q14 as well – at $2.16 trillion.  By 3Q15, they had dropped to $2.05 trillion – down 5.1 percent year-over-year. This was the largest y/y decrease since 1Q09. The red line in Chart 3 below is not headed the right direction. 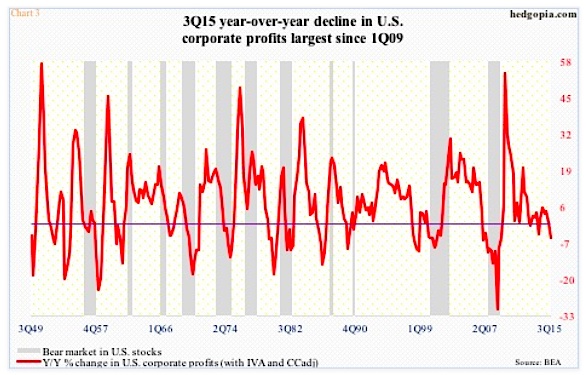 When may this not matter? If sales accelerate. In other words, if the GDP accelerates. The consensus currently expects real GDP to decelerate to 2.4-percent growth in 2017 from this year’s expected 2.5 percent. 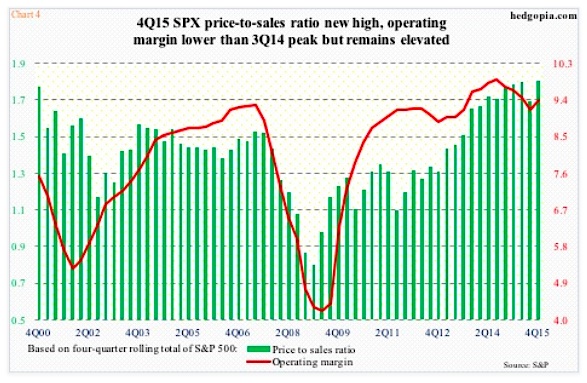 There is the rub.

As is the case with earnings, consensus GDP forecast has tended to start out optimistic, only to get progressively revised downward.  Toward the end of 2014, the economy this year was expected to grow 2.9 percent, which has now been cut to two percent.  Things are decelerating… the economy grew 2.4 percent in 2014.