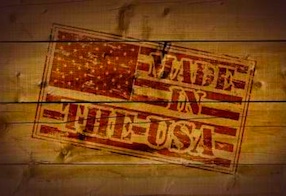 By Joshua Schroeder
It is a common refrain amongst my friends and family, specifically my grandfather, that the U.S. just doesn´t make anything anymore.  Additionally, most political pundits and so called experts on the economy would have you believe that the United States´ golden years as a manufacturing country were lost forever with the emergence of globalization and low-cost producing countries such as China.  It is understandable that the general economic malaise and difficult job market facing many Americans has brought about a large amount of pessimism regarding the future, but that should not be reason for us to ignore the facts and forget that we live in a manufacturing powerhouse.

In fact, according to the latest United Nations statistics the United States is still the world´s largest manufacturer, with output ($1.83 Trillion) representing approximately 20 percent of the world´s share, greater than that of Germany, Brazil, France and India combined.  Furthermore, the sector has continued to expand, benefitting from the, albeit less than stellar, cyclical rebound fueled by growing consumer demand, strong capital spending and increasing exports to the developing world.

Yes it is true; the China manufacturing sector ($1.79 T) continues to grow rapidly and will no doubt take over the top spot in the near future.  Their ability to leverage low cost labor, attract foreign direct investment and create first class infrastructure over the past two decades has been impressive.  However, their manufacturing future depends on how well they can manage the transition to a consumer led economy and the stronger currency and higher manufacturing wages that will certainly accompany it.

Below is a table of the world’s manufacturing leaders and their respective percentage share of the world total:

Note that the United States is the world leader in six of the categories and in the top three in 16 out of the 22 sectors.  It should also be highlighted that the United States dominates in higher value more sophisticated manufacturing sectors such as Office, Accounting and Computing Machinery, Medical, Precision and Optical Instruments as well as Radio, Television and Radio Equipment.

So while it is true that manufacturing represents a smaller piece of the overall U.S. economy than it used to, and a much smaller percentage share compared to many emerging economies, it is still an engine of output that is the world´s largest and one that has been doing its part in contributing to recent U.S. GDP growth.

Be sure to “Like” See It Market on Facebook to keep up with current news and updates on the site.