Light Sweet Crude Oil (CL) continues to struggle at finding a solid footing beneath $80 as Wednesday’s move up from $76.50 to around $79 after the EIA’s 1000ET report of lower-than-expected inventories has mostly faded throughout early trading Thursday.

Shorter-term, Crude Oil and Energy plowing through a massive disconnect that will inevitably resolve when the instruments re-converge (more on that in Monday’s piece over here).

It seems intuitive in theory that larger price moves would prompt us to “look left” into the past for clues on larger timeframes. In practice, however, the abrupt and decisive directional resolve of moves like the one Crude is exhibiting often send market observers into smaller timeframes to watch for more granular signs of changes in momentum and how price is (or isn’t) firming at project demand levels.  This practice is vital; but a kind of myopia results where it isn’t paired with long-term analysis.

Zooming out to the Monthly timeframe provides crucial perspective on where Crude is at.  We learn: 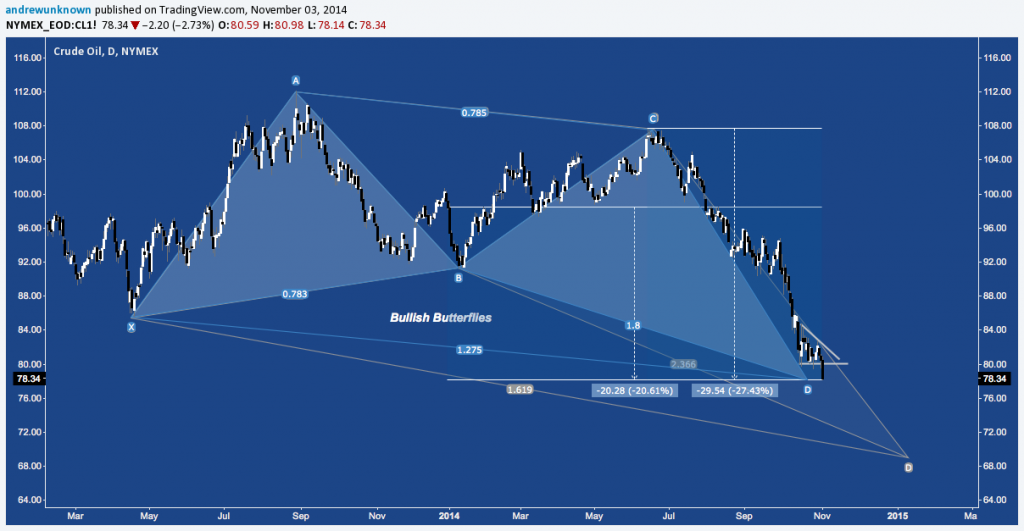 The two major takeaways here are:

Author holds no exposure to asset classes mentioned at the time of publication.  Commentary provided is for educational purposes only and in no way constitutes trading or investment advice.  “Slippery Slope” image courtesy of thecommentator.com