The structure of the S&P 500‘s (SPX) uptrend continues to follow a script that has become even more consistent in 2014 than it was in 2013.  The following sequence has pegged each trend regime – up, neutral, and down – this year as the index completed major oscillations in January-March, March-June, July-September; and is now about to finish another.

Note that in every case, the V-bottom in Step 4 pushed RSI up to an overbought state (>70), where the rally would catch fire for a brief period before sputtering back into Step 1. 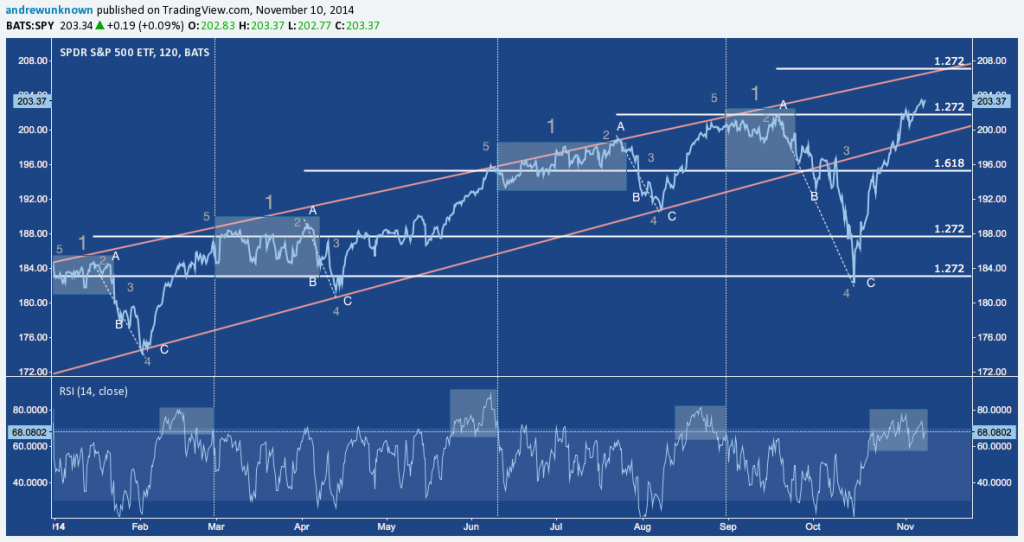 As mentioned, this structure extends back into 2013.  The same sequence is present across six full oscillations from April-December -i.e., uptrend, neutral at fibonacci extension, pullback – though one (May-Jul) ended at the 113.1% extension, while another (Apr-May) ended at the 223.6% extension. 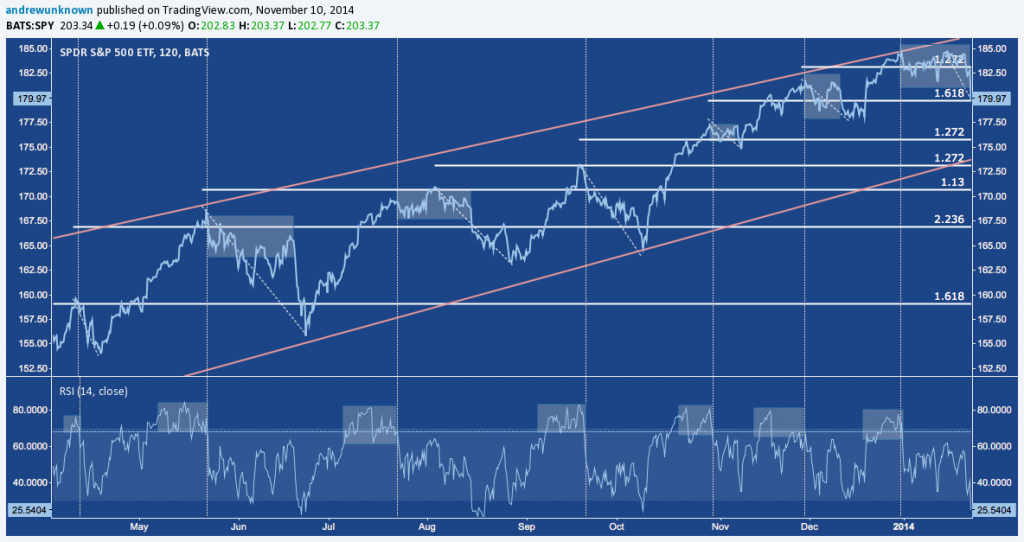 The entirely uncharacteristic rising channel break, already lengthy RSI congestion (relative to these 10 observations) around 70 and signs momentum is flagging over the last week beg the question, though: can SPY push that far before rolling into its next pullback? 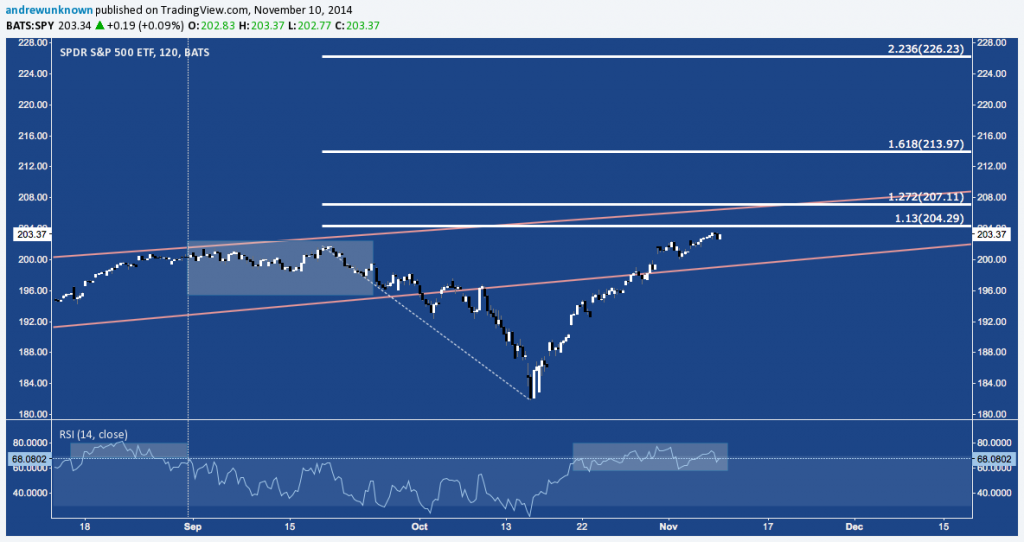 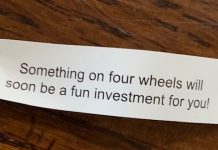