One of the better uses of options trading is for event-driven strategies due to the ability to define your risk and the flexibility of the various timeframes available.

The Biotech Sector is an area where there are generally volatile moves on key drug data catalysts and fairly well defined timelines, so option strategies like this are very suitable in this sector… if you are a professional and know what you are doing.

In the past week I have noticed an unusual amount of calendar and diagonal spreads positioning for key catalysts in this sector. These options strategies are optimal if you know the timing of the catalyst, the ability to define your risk, have a directional bias, use Theta decay to allow for a cheaper outlay, and take advantage of the implied volatility ramp into the event.

Below I present 6 stocks (companies) that saw these options strategies this week along with some background information.

Versartis (VSAR) unusual spread sold 1,000 August $22.50 calls to buy 1,000 October $20 calls, net $2.40 debit for the diagonal spread. The $630M maker of human growth hormones trades 3.95X cash. Versartis (VSAR) came public in 2014 and shares hit highs near $35 before falling to nearly $6 in early 2016, and recently showing strength with a move back towards $20. The next major volume resistance is at $20.20 which aligns with a 50% Fibonacci. VSAR shares climbed this week after Barron’s featured Perceptive Advisor’s founder mentioned VSAR saying the skepticism is unfounded and the long-acting growth hormone that is injected every two weeks could be the first approved for pediatric use, a $2B market worldwide and VSAR could grab 30-50% of sales, seeing potential for a $6B market cap on optimistic outlook. There is also the adult market which is valued near $1B, and Versartis is one of the few companies with a long-acting growth hormone, so companies like TEVA, NVO, PFE, and Roche could see Versartis as an attractive M&A target. CSFB upped its target to $24 on 2-9-17, Outperform rated into key Phase 3 VELOCITY trial in pediatric growth hormone deficiency expected in Q3 (Company specifically said September), and likely the rationale for this option spread structure. VSAR also plans initiation of Phase 3 trial for Adult GHD by the end of 2017. Institutional ownership jumped more than 10% in Q4 filings, Perceptive Advisors the top holder, and Baker Brothers have a small stake. VSAR has just 5.5% of its float short, declining by nearly 50% in the past year.

Portola Pharma (NASDAQ:PTLA) spread on 2/22 sold 850 June $40 calls to buy 850 August $40 calls. The $1.82B Biotech company trades 6.6X cash and has 11% of its float short. Portola Pharma (PTLA) has a 6-24-17 PDUFA for Betrixaban, an oral, FXa inhibitor, and based on the positioning of this spread, is the event being targeted. Betrixaban and AndexXa are targeting a > $5B market with no current drugs approved. William Blair was out positive in early January expecting both these drugs approved in 2017 and seeing shares worth at least $100/share. Notable top holders include Temasek and Deerfield Mgmt. 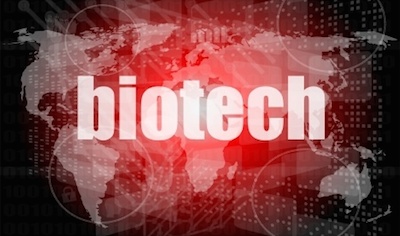 Zogenix (NASDAQ:ZGNX) unusual spread on 2-23 sold 2,000 July $10 puts at $1.35 to $1.64 to buy 1,000 October $9 puts at $3.90 to $4.48. The $270M Biotech has 20.8% of its float short. Zogenix (ZGNX) is working on treatments for Central Nervous System disorders with late stage development of ZX008 for Epilepsy (Dravet Sundrome) Phase 3 trials initiated in January 2016, and Once-Monthly RELDAY in Schizophrenia ready to enter Phase 3. ZGNX was expecting Phase 3 results in Q2, but expected to face delays, and likely the rationale behind the positioning closer to Q3.

Ionis Pharma (NASDAQ:IONS) on 2/21 with a spread that sold 2,000 March $40 puts at $0.73 to buy 2,000 April $37 puts at $1.42. Additionally, IONS on 2/21 with a buyer of 1,000 April $45 puts to open for $400,000. The $5.36B Biotech company has 11.6% of its float short, rising recently to a one year high. IONS main drug is Spinraza, a treatment for spinal muscular atrophy. Ionis Pharma (IONS) also has Volanesorsen in Phase 3 programs including the Phase 3 APPROACH study in FCS patients with data expected Q1 2017, so based on this options positioning, likely to come between March 20th and 31st. Jefferies was out with a Sell rating and $17 target last month seeing current pipeline products unlikely to drive any further appreciation in a hefty valuation name. Janney recently cut its target to $42 after Anthem’s (ANTM) preliminary reimbursement decision limiting Spinraza to Type 1 SMA patients and sees further reimbursement hurdles.

DBV Technologies (NASDAQ:DBVT) is an $890M French-based company engaged in the research and development for the diagnosis and treatment of allergies, primarily food allergies in young children. DBV Technologies (DBVT) has just 0.9% of its float short. In October, DBVT’s OLFUS topline results showed consistent efficacy in peanut allergies. DBVT likely will present further data at the American Academy of Allergy, Asthma, and Immunology 2017 March 3rd-6th, but the Phase 3 readout will come in Q3, the rationale behind this spread. BAML rates shares a Buy with a $48 target. Baker Brothers is the top holder of DBVT as its 8th largest position, and Deerfield Mgmt. and Perceptive Advisors also top holders, Biotech-focused funds.

In closing, we can see there is optimism in VSAR, PTLA and DBVT and skepticism in ZGNX, INSM, and IONS. Option strategies allow traders to define risk while providing optimal reward scenarios utilizing volatility structure to your benefit, and I believe should be used in small cap Biotech stocks into events, rather than risking positions in the equity.

You can get more of my research and options trading ideas over at OptionsHawk.  Thanks for reading and have a great week!

Position in PTLA at the time of publication.  Any opinions expressed herein are solely those of the author, and do not in any way represent the views or opinions of any other person or entity.