Later this morning, the Bureau of Labor Statistics publishes it’s monthly Non-Farm Payrolls report (what it refers to as “The Employment Situation”).

The benchmark U-3 Unemployment Rate is projected to hold steady at 5.9%, which maintains a level just below the mean developed over the last several cycles:

7 of the last 8 NFPs and 9 of the last 12 NFPs. have been over 200k, a trend that is evident in the decidedly calm NFP data for this cycle. In fact, this is now the longest cycle on record (just beating 1986-1990) of consecutive months of NPF above 0. Here you can see Non-Farm Payrolls in comparison to the two previous cycles: 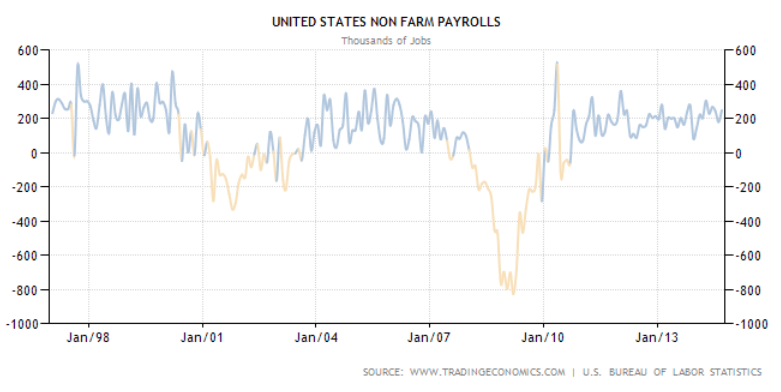 So is this cycle nearing it’s expiration date?  U-3 tends to lag but track Weekly Initial Jobless Claims very closely. Judging by how these measures have correlated over the last 5 major cycles (40 years), the answer is “yes”:

Zooming in to the present, how have stocks performed on Fridays in general, lately; and on NFP day specifically? Here are a few stats on S&P 500 (SPX):

And on NFP Fridays:

Here’s a composite view of these performance statistics broken down over the last 6 months: 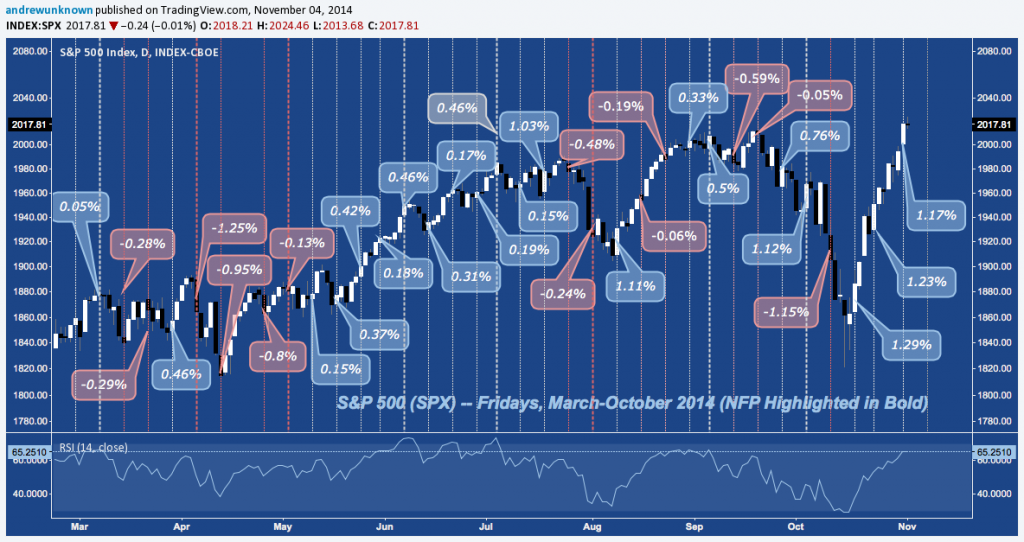 Author holds no exposure to asset classes mentioned at the time of publication.  Commentary provided is for educational purposes only and in no way constitutes trading or investment advice. 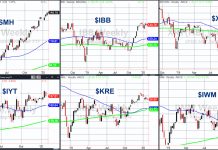