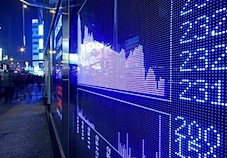 Ned Davis, founder of the very well-respected Ned Davis Research firm has some interesting thoughts on the suspected large amount of cash that is commonly reported to be on the sidelines and still waiting to be invested. Davis goes right to the data as shown in this MarketWatch post by Mark Hulbert to find that there may not be as much “cash on the sidelines” as many would like to believe:

Davis looked for this cash in four areas. In each case, current levels are some of the lowest in history:

While Central Banks across the globe have been keeping the cash spigots on, providing stimulus to their respective financial markets, consumers don’t appear to have as much left as market pundits allude to. So if the market continues higher, perhaps it will be due to asset rotation and  capital flows as opposed to money flowing in from cash reserves.