Almost four years ago I was lucky enough to stumble upon the work of Wayne Whaley, a piece titled “Planes, Trains and Automobiles, A Survey of Momentum Thrust Signals”, which won the Charles H. Dow award in 2010. If you’ve read this piece, then you undoubtedly understand Wayne Whaley’s brilliance. If you’re unfamiliar with Wayne, then you’re missing out on one of the best quantitative analysts alive. Either way, keep reading for a better understanding of one of the best seasonal barometers and signals of forward stock market returns.

The “TOY Story” You Should Be Watching

In March of 2012 Wayne set out to identify the “King Pin of seasonal barometers”.  Wayne stated “I implored my computer to take a few seconds to exhaustively study S&P performance over every time period of the year and determine which time frame’s behavior was proprietor of the highest correlation coefficient relative to the following year’s performance.”  What he found was that the performance of the S&P 500 Index over the two-month time period from November 19th to January 19th was remarkably effective in predicting the forward looking twelve month returns for the index, specifically from January 19th to the following January 19th.  Wayne decided “Since this two-month time period (Nov19-Jan19) extends across the Turn of the Year (TOY) and encompasses the gift giving season, I have coined it the ‘TOY Barometer’.”

There have been 33 bullish “Toy Barometers” since 1950. 32 of these instances saw positive forward-looking twelve month returns for the S&P 500, a 96.96% win rate. Average and median market returns across all instances are 16.75% and 15.02%. The lone loser was 1987, which was an otherwise strong year to invest excluding one horrific trading session. 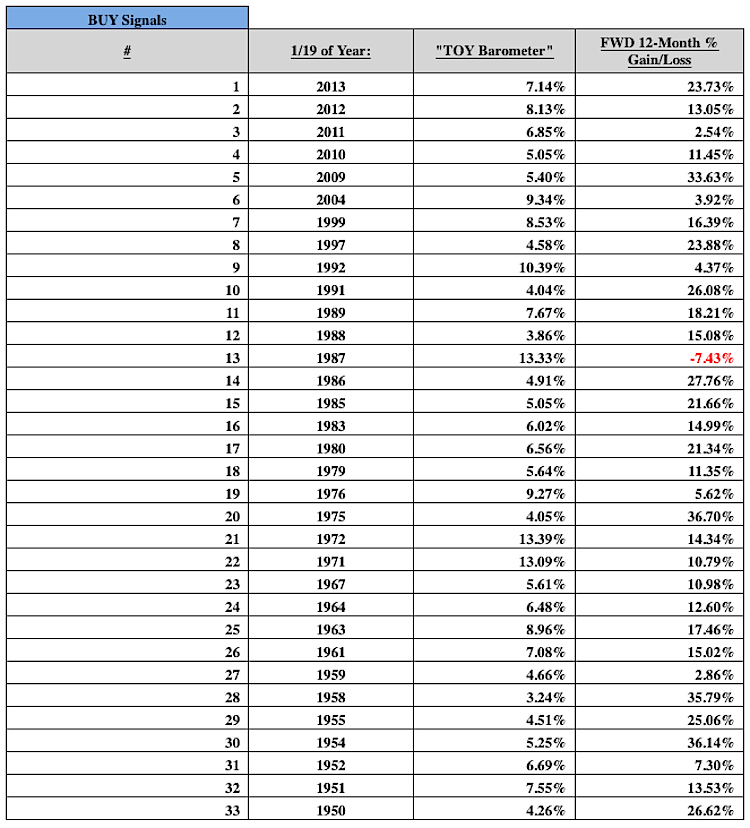 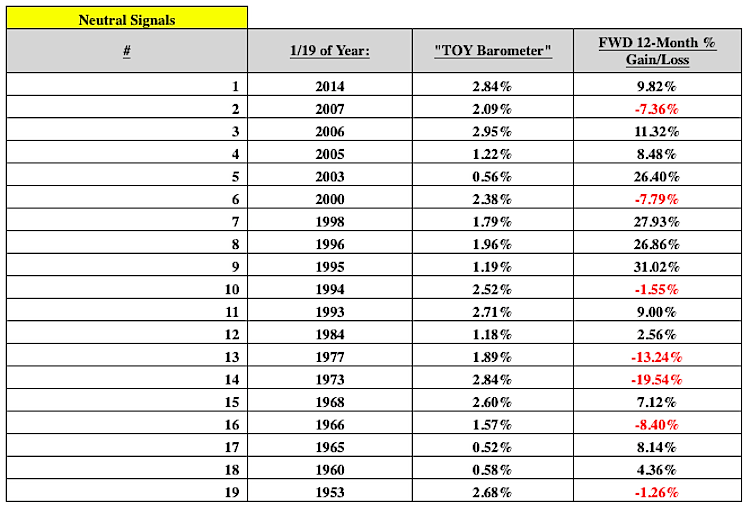 continue reading about the TOY Barometer on the next page…