Each money manager and/or investor has a process that helps them determine when, how and how much to invest.

The process that I use starts by looking at whether the United States and/or global economy is expanding or contracting. In other words, I first try to determine whether the global and/or US economic tide is coming in or going out.

For instance, post the economic crash in 2008, the economic tide starting coming in and stayed that way through 2014. As we moved into 2015, though, there were signs that the slowdown occurring globally was beginning to impact the economy in the United States. The economic data was starting to shift from growth to neutral and then toward slowing. That coincided with the S&P 500 hitting an all-time high in July of that year. (Keep in mind that stock markets don’t always closely track the direction of the economy over the short-term (weeks to months)). From a money management perspective, that slowing economic data coinciding with the S&P 500 not continuing to set new highs was a signal to reduce my equity exposure. Over time, the data continued to slow the rest of 2015 and most of 2016.

In a third quarter review presentation, I went through the data showing that growth was slowing and had been for the last 2-3 years.  The macroeconomic data on November 2nd indicated that US GDP would slow to 0.5% in the fourth quarter of 2016, then slow even further to -0.7% (negative) in the first quarter of 2017. Data the day before the election indicated that the US jobs report “registered its slowest pace of growth in its current cycle and for all of 2016.”

Then the economic data started to change: 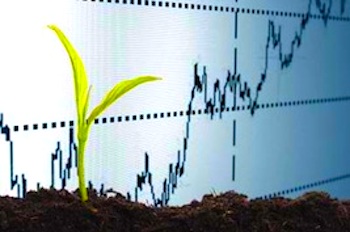 According to my process, the change in data meant that it was time to sell any remaining growth-slowing positions and start to allocate accounts for a growth-accelerating environment that will favor stocks over bonds. I started buying equities in early December. In this environment, we want to more closely track the S&P 500 (or whatever benchmark you are using).

The amount of cash and/or bonds will fluctuate depending on market conditions and performance. For instance, if the markets are moving in a sideways or down pattern, then it may be possible to track the performance of the benchmark with only 50-60% of the account invested in equities while the rest is in a money market and/or low-volatility bonds. If markets continue to trend higher, more money can be added to equities to more closely track the index.