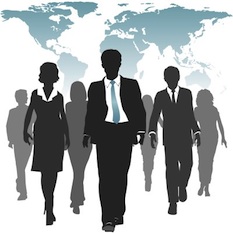 With the threat of a dreaded double-dip recession looming on the horizon and unemployment promising to remain stubbornly high for the foreseeable future, the 2012 election cycle seems ever more likely to once again be all about the economy, stupid.  Unless President Obama is able to demonstrate real progress over the next year the depressed and depressing outlook on jobs, debts and deficits could torpedo his re-election bid no matter whom the Republican nominee turns out to be.

To the chagrin of many of his supporters, the President has struggled to define and communicate a broader plan for American renewal and shared sacrifice: the need to make cuts in some areas while investing in others, to learn to do more with less, and to adapt to new global realities and challenges.  To be fair, there are no quick fixes or easy answers, and the task at hand is no doubt complicated by an increasingly toxic and dysfunctional political environment in Washington and across the country. But it is precisely at times like these, with the country seemingly stuck in a deep rut on many levels, that Presidential leadership is most critical.

The good news for the President and his economic team is that they don’t have to look very far to catch a glimpse of what that kind of leadership might look like.  In rather sharp contrast to the execution of the domestic economic agenda, the Administration has demonstrated much bolder, savvier management on the foreign policy front in recent months.  From the Bin Laden raid to the Libyan crisis to the broader events of the Arab Spring, a cool-headed President has consistently made the right call at moments fraught with peril.  None of these scenarios presented an enviable set of policy options, but the Administration’s behind-the-scenes but forceful leadership, often without headline-grabbing fanfare, has played no small part in providing millions of citizens with a greater chance to determine their own future across the Arab world.

Back on the home front the American people are crying out for a chance as well.  We recognize that the country has been living beyond its means for too long, that government cannot and should not provide all the answers, and that we all have to rise to the challenge of trying to do more with less.  But we also see misguided priorities, ever-rising inequality and the lack of real opportunities for too many of our citizens.  This is a crisis that demands real leadership from President Obama, the kind of principled, practical leadership we have seen him display with far greater frequency and skill on the foreign policy front over the past several months.

This is do-or-die time for the President on the one issue that will surely define the 2012 election cycle.  Some will stand in opposition no matter what he proposes next week, but many more in the middle are waiting for a clearer articulation of a plan that they can get behind.  This is the President’s challenge.  Can he deliver a September surprise?  There is much more riding on it than just his re-election bid. 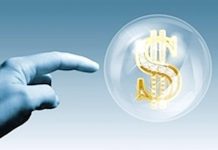