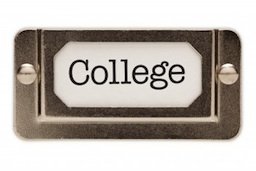 By Kelly Hodges
Earlier this month Morningstar released the results of its annual review of state 529 college savings plans.  The review classified plans into one of five categories:  Gold, Silver, Bronze, Neutral, and Negative based on how they were predicted to serve college savers over the long term.

Plans from Alaska, Maryland, Nevada, and Utah earned highest honors with a Gold classification.  There were also 4 Silver and 19 Bronze medallists.  These 27 state plans earning medals were felt to be most likely to out-perform typical 529 plans long term.

Thirty-three state 529 plans were given the ranking of Neutral, as it was felt they were not seriously flawed but were also unlikely to beat market averages long term.  Four state plans received the lowest classification of Negative.  These plans were felt to have exceptionally high fees or weak management.

For anyone who is actively investing in a state 529 plan or thinking about starting one in the future, it’s worth knowing how your state plan measures up.  Remember that you are able to purchase a 529 plan from any state, not just the one in which you reside, so if your state plan falls in the Negative or Neutral range it may be worth looking into other options.

Also make sure to consider the state income tax implications of contributing to a 529 plan when deciding which state plan to use.  Many states offer a state income tax deduction for using an in-state plan, however this is widely variable state to state.  Depending upon the potential tax breaks it may be worth keeping your money in your own state’s 529 plan, even if it isn’t a Gold medal winner.

The bottom line is that college is going to be expensive, and parents need to make sure that every dollar counts when it comes to saving.  Now is a great time to review your state 529 plan, the income tax implications, and your contribution rate with your financial planner (if you have one) to make sure that your strategy for college savings is making the grade.

Any opinions expressed herein are solely those of the author, and do not in any way represent the views or opinions of her employer or any other person or entity.

Tax Returns: One Valuable Tip That No One Is Talking About

Cutting the Cord on the Landline With Ooma Telo