“Trump’s election is the biggest political earthquake in the United States since the election of Ronald Reagan in 1980”, says Jim Rickards. Whether you are a republican, democrat or an independent, this election is one that I think we will all remember the rest of our lives. It is also memorable because of how openly biased the media was.

There wasn’t any pretense of objectivity which just further underscored the great social and political divide in this country between those on the coasts and those in flyover country. In a recent presentation I shared the statistic that the top 15% of Americans own 85% of the financial assets in this country. So not only is there a political divide, there is also a significant financial divide.

Republicans won the White House and now have control of the House and Senate. They also control 32 out of 50 state legislatures and 33 out of 50 state governorships.  From an investing perspective, the outcome of the election (and the possibility of republican control for several more years) creates serious ramifications for the markets. How should we be positioned going forward? Will the economy surge or will it continue the slide toward recession?  The Reagan Revolution impacted the economy and the markets for a decade or longer. It is likely that a Trump presidency could have a similar impact.

My portfolio response for The Election Earthquake

We may be entering a period where economic growth accelerates. It is time to add more equities (stocks) to the portfolios, UST bonds are out.

Based on the evening news, there are a large number of Americans that are concerned about statements candidate Trump made. For instance, Trump has called for a 45% tariff on Chinese imports. In order to properly analyze statements like that it is helpful to remember that Trump doesn’t approach situations as a politician, he is a negotiator. Does he really expect to see a 45% tariff on imported goods? Of course not, but starting there gives him plenty of room to maneuver. The Chinese understand this as well—responding that if those tariffs are imposed that China will move their airplane orders from Boeing to Airbus. So the bargaining begins. I see the fact that our President Elect is a seasoned international negotiator as a positive for America. And he seems to be actively working to keep US plants and factories from moving overseas. That is a positive in terms of our markets here in the US.

My portfolio response for the negotiator:  Favor US equities over foreign markets. 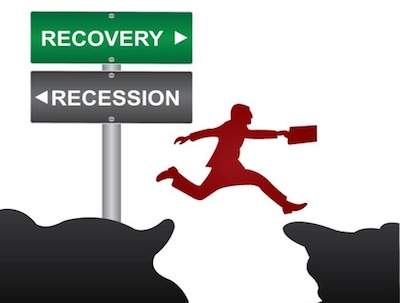 There is an estimated $15 Trillion dollars owned by US corporations that is currently overseas. The current tax laws impose a 35% tariff (or tax) if those corporations move that money back to the US. President Trump, the businessman, can quickly impact the US economy by declaring a tax holiday and reducing the tariff. For instance, there can be a temporary reduction to 15%. There are large multinational companies like Apple that would likely use such a holiday to move that money back into the U.S. The Federal Reserve has struggled to spur economic growth even with historically low interest rates. They cite the lack of velocity (movement of money throughout the economy) as the reason. This tax holiday could be the catalyst to increased velocity. Increased velocity could result in an economic uptick.

Republican control over the House and Senate increases the probability that military spending will go up—especially after almost a decade of smaller budgets and decreased infrastructure spending. Quoting Jim Rickards again, “Republican power over the U.S. policy process is stronger now than it has been at any time since the Reconstruction period (1866–1876) following the Civil War. If Republicans can agree on a policy mix, they are in the strongest position to actually implement it in 150 years.

President Trump’s pick of Steve Bannon as a special advisor hints at the possibility of significant fiscal spending programs. As reported by the Wall Street Journal, Bannon says “One focus will be a dramatic new public works building program that takes advantage of low interest rates – a project that Democrats have long favored. It’s everything related to jobs,” Mr. Bannon said. “The conservatives are going to go crazy. I’m the guy pushing a trillion-dollar infrastructure plan. With negative interest rates throughout the world, it’s the greatest opportunity to rebuild everything: ship yards, iron works, get them all jacked up. We’re just going to throw it up against the wall and see if it sticks. It will be as exciting as the 1930s, greater than the Reagan revolution — conservatives, plus populists, in an economic nationalist movement.”

The key question is whether or not Republicans will approve such a bill—especially with the real debt-to-GDP ratio that is close to 1000% (when you include contingent liabilities like Social Security, Medicaid, Medicare, Fannie Mae, farm loans, student loans, etc. Since both Democrat and Republican platforms have included increased fiscal spending it is likely we will get some sort of a deal.

My portfolio response regarding fiscal and military spending: Favor industrials and manufacturing companies in the US.

From my perspective, I still have more questions than answers. The markets have moved to new all-time highs on the election results. Is this rally sustainable or is it a short-term rally that will reverse over the next few weeks? I don’t know—no one does. As such, I expect there to be heightened levels of volatility (risk).  I am encouraged that the economy may be entering a new growth phase, but also realize that there will likely be fits and starts along the way.

My portfolio Response: Maintain a higher than normal level of cash.