Back in December 2012, I briefly touched on money remittance flows specifically to Asia.  In this post, I would like to touch on playing this theme with a few stocks in the space. I think that money remittance, especially electronic via mobile devices), will continue to increase in the future based on forecasts by the World Bank as well as the current downtrend in remittance cost.

[From the WorldBank]:  The global weighted average remittance cost (weighted by the size of bilateral remittance flows), has at times shown a different pattern from the simple average. After declining from 2008 to 2011 to reach 7.0 percent, the global weighted average increased slightly for the first time in 2012, before falling again to an all-time low of 6.9 percent in the first quarter of 2013. This suggests that prices are decreasing where higher volumes are being transferred, such as from the United Kingdom to Bangladesh (where total average cost fell from 5.3 percent in the third quarter of 2012 to 4.8 percent in the first quarter of 2013), or from the US to Mexico (where the total cost fell from 5.6 to 5.3 percent over the same period).

Officially recorded remittance flows to developing countries reached an estimated $401 billion in 2012, growing by 5.3 percent compared with 2011. Remittance flows are expected to grow at an average of 8.8 percent annual rate during 2013-2015 to about $515 billion in 2015.1

Click here for Money Remittance Chart (for Asia) referenced above.

If immigration reform becomes a reality, expect an increase in money remittance flows from the US over the long run, as migrants are presented with new job opportunities and access to additional money remittance vehicles.

Remittances can be done through bank to bank transfers but, based on experience, the fees are steep compared to companies that focus on electronic remittance.  The Money Transfer Operators (MTO) I am either aware of, or have used to send money overseas, are Western Union (WU), Moneygram International (MGI), Paypal and a relatively new issue Xoom Corporation (XOOM).  Unless eBAY (EBAY) spins off Paypal, I will not include it in my analysis (today or going forward),  as EBAY’s operations involve so much more than Paypal.  WU is the biggest player with a 15% market share while MGI comes in 2nd with a 5% market share.2  XOOM’s market share data is unavailable but some sources have them at 2-3%.3

During the 2008 crisis, the company faced a major liquidity crunch due to subprime and risky investments. After a $1.5B equity and debt deal with Goldman Sachs (GS) and PE firm Thomas Lee Partners, it was able to survive and shareholders have seen a 60% appreciation in 2013. MGI has attracted some takeover offers and according to a report is in its 2nd round of bidding.4

Let’s take a quick look at some longer term charts of these 3 stocks in the money remittance category. Click charts to ZOOM.

Western Union (WU) Stock Chart Analysis – Expecting some congestion at 18-19 but it’s all in anticipation of a move to the 20-22 range in the intermediate term. If the overall market remains in a long term uptrend, I expect this to test all time highs. 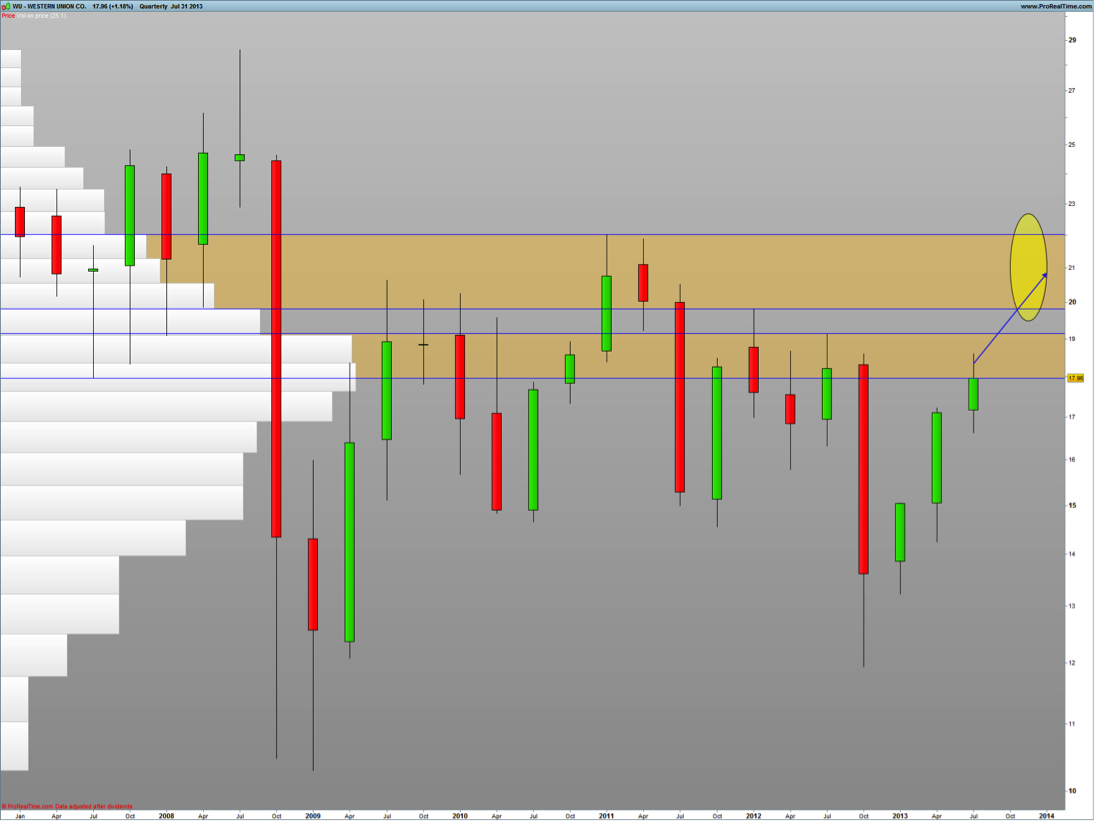 Xoom.com (XOOM) Stock Chart Analysis – A new issue.  Pullback to the 30-26 range would be a good entry point. 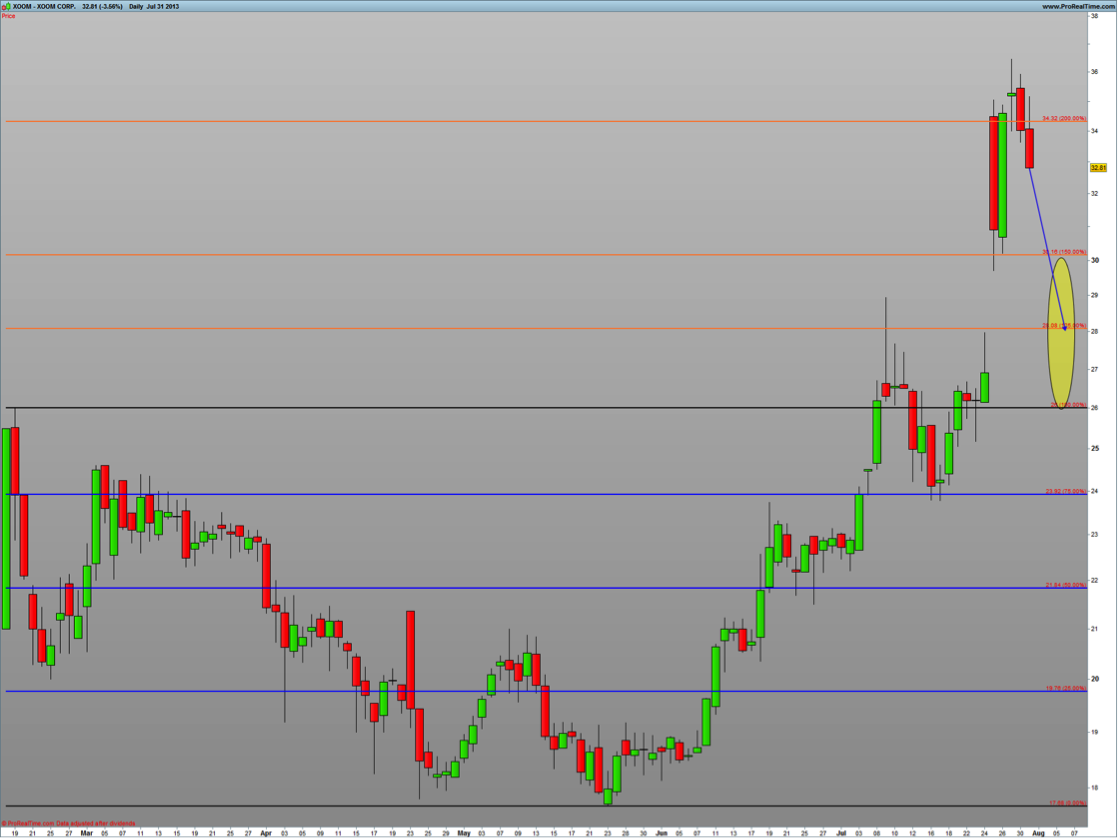 Take note of the time frame on that charts (with the exception of $XOOM) as the underlying thesis for these trades will take several quarters to play out so proper trade sizing is vital to the risk management aspect of this trade. Albeit currently low in volume for these names, the options market is also an alternative to seek risk management tools for the proposed time horizon. Thanks for reading.

Position in XOOM at the time of publication.