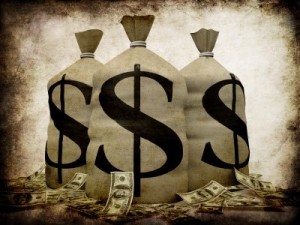 Recent coverage of the NFL players-owners negotiations has been all over the board.  To date, it has been a he said, she said battle in the press.  However, if recent commentsare any indication, a helmet banging legal battle of the suits could be forthcoming.  The league has called the players move to decertify a “sham,” while the players in turn have replied “your statements are false.”  So, who is right?  Efforts to answer this question have thrown many off track, and I think the players, owners, and even the press, are missing one major point:  A souring global social mood may prevent the average fan from stomaching a long term multi-billion dollar battle, and the sport will suffer if the involved parties do not conduct themselves with the everyday fan in mind.  It is with this understanding that I find the players recent actions surprising and somewhat disappointing.  And apparently, I’m not the only fan that feels this way.

For starters, some veteran players have acknowledged that they negotiated a great dealthe last go around in 2006.  Now, this doesn’t mean that they should take it on the chin this time, but rather play their strong legal hand with careful respect; use it to push for a good long term compromise, while realizing that a potential work stoppage could cost the players and owners much more down the line.  History doesn’t always repeat, but it often rhymes.  The NHL had trouble bouncing back from the 2004-2005 work stoppage, and MLB needed a Sosa-McGwire home run derby to reinvigorate baseball long after the 1994-1995 work stoppage.  With this in mind, I am surprised that the final hours of mediation went down the way they did.  The players apparently took the owners’ minor concessions personally and left the table to decertify and file an antitrust lawsuit against the NFL two hours later.  Is this the best way to conduct business while the enterprise is peaking in success?  Why not seek another extention to talk their book and boost public opinion, while working to “get there?”

It is of particular interest that the suit is headlined by Brady, Manning, and Brees, all multi-millionaires whose past and present contracts greatly exceed those of most other pro sports men and women.  Do NFL players really think that they are connecting with the common working man or woman who is an NFL fan?  Or better stated, do you think they are even considering this?  Because they should.  Sentiment and perception are everything, and a happy fan equates to continued NFL growth.  An unhappy, bitter fan who thinks its all about money, especially during tough economic times, leads to a turning point.

I’m also surprised that the players decided to take the high profile, combative legal avenue considering the current political cloud surrounding unions.  Hypothetically speaking, even if a small percentage of NFL fans are anti-union, that still equates to fan risk on the sentiment front.  My heart goes out to the many teachers, nurses, and manufacturing (et al.) union workers concerned about their futures and rights, but, politics aside, most union workers probably don’t see their plight as one that is similar to the now decertified NFL players union.

In summary, this should have been a business decision based on all factors, including a general understanding of current social mood and economic sensitivity, and sentiment of their fan base.  Not a personal nor political decision involving a ton of lawyers who stand to make a lot of money litigating.

If a quick decision doesn’t come to fore, it is my belief that the players and owners will lose together (and the losing players will not be named Brady, Manning, nor Brees).  The fans will suffer short term, but will carry on because they have to.  They always have, always will.  It will hurt, and I can attest as a die-hard fan.  But social mood is a powerful thing.