Apple, Inc.’s (AAPL) March quarter was a blowout – gross margin of 40.8 percent, along with 61.2 million iPhone units sold (135 million in six months), among others. It also increased buybacks to $200 billion from now through 2017.

The company estimates one-fifth of iPhone users have upgraded to iPhone 6 and 6+ (from a low-teens percentage in the December quarter). Which means the pool of potential upgraders remains large. The ASP was $658 in the quarter, up 11 percent year-over-year, suggesting the mix is shifting toward the 6+.

Nonetheless, the report was not without blemishes.

AAPL missed consensus iPad and Mac sales estimates; iPads are getting cannibalized by larger-screen iPhones. The increasing reliance on the iPhone is a concern. Apple Pay and Apple Watch are respectable initiatives, but it is too soon to declare them a success. A meaningful adoption of the iWatch in particular is a suspect. Management made it clear the iWatch will have lower gross margin than corporate average (iPhone’s is higher). There is momentum in greater China, which accounted for 30 percent of March-quarter sales – more than Europe – but ideally no company would want to depend too much on one geography or product.

The company also guided June-quarter gross margin to decline by 180 basis points at the midpoint sequentially.

Despite all this, the company remains a cash machine. Free cash flow was $16.7 billion in the March quarter. Net cash is $150 billion (versus a market cap of $760 billion).

Well, plenty, it turns out. At least in the short term, stock prices can diverge from company fundamentals.

The stock rallied seven percent in six sessions into Monday’s post-close earnings announcement, but did not close out the session with a strong finish. The day produced a spinning top, followed by a large engulfing, high-volume candle (blue arrow in chart) on Tuesday. 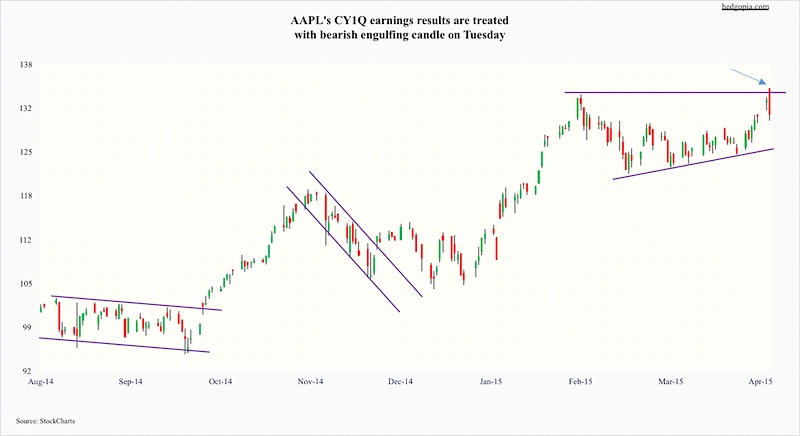 After the reaction yesterday, it is hard to imagine buyers willing to put new capital to work right away – if at all. This probably creates an opportunity for those looking to generate income in options. 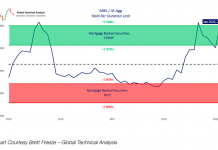 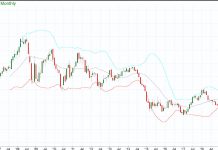