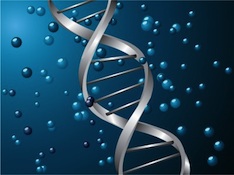 Debt.  It’s at the forefront of our nation’s political and economic debate.  You might ask, “what does this have to do with higher education and biomedical research?”  To which I’d reply “quite a bit.”  The effects and byproducts of debt on individuals, businesses, and governments are quite similar.  The larger the debt service expenditure, the less funds available for other programs/spending.  And when individuals and countries have to make tough decisions on what and where to cut, economic activity begins to slow.  This primarily manifests itself through job loss, limited wage increases, and diminishing confidence.  And when the first round of cuts isn’t enough, the dance starts over again.  Many areas of our economy that rely on government impetus have been, or soon will be affected by the slowdown.  One of those areas is biomedical research.  To shed some light on the current and future market for academic biomedical and basic science research, I sat down with Dr. Matthew R. Hodges, Assistant Professor of Physiology at the Medical College of Wisconsin (MCW) in Milwaukee, Wisconsin.  Dr. Hodges received a B.A. from Carleton College, a PhD in Physiology from MCW, and was a Parker B. Francis post-doctoral Fellow at Yale University School of Medicine before returning to MCW as a faculty member.

MCW is a major national research center, in fact, the largest research institution in the Milwaukee metro area and 2nd largest in Wisconsin.  Like other academic medical centers, MCW receives its major extramural funding for biomedical research from the National Institutes of Health (NIH). In FY 2009-2010, MCW was granted ~$148 million in research funding from NIH. These NIH-funded and other research activities support the overall mission of MCW, which is “to be a national leader in the education and development of the next generation of physicians and scientists; to discover and translate new knowledge in the biomedical sciences; to provide cutting-edge, interdisciplinary and compassionate clinical care of the highest quality; to improve the health of the communities we serve.”

Throughout our conversation, Dr. Hodges and I discussed his personal path, as well as the ever changing landscape, emerging trends, and the future outlook for progress in academic medicine and research.

Andrew Nyquist:  So how do you get into biomedical and scientific research?  And what are the steps to arrive at your current position?

Dr. Hodges:  I became interested in science and research through my experiences in my physiology labs in college, and really got hooked working in a lab at MCW after graduation. I learned first-hand the rigorous steps required for pursuing a graduate level degree (PhD) and a medical degree (MD). To attain a faculty position in the basic sciences it generally requires a PhD in a basic science discipline (cell biology, neuroscience, microbiology, etc.) and a post-doctoral training experience. Although it’s variable, obtaining a PhD takes 4-6 years, and a post-doc takes 2-5 years. It’s important to remember though that during these training years you receive a stipend or salary. In my experience, it took me 4 years to complete my undergraduate, 4 years to complete my PhD and 5 years as a post-doc before getting my current job. Similarly, my wife who is a physician (M.D.) did 4 years undergrad, 4 years med school, and 3 years residency.

Andrew:  Can you elaborate for readers on what the process is that a researcher would go about in pursuing an idea, from lightbulb to realization?

Dr. Hodges:  When scientists generate an idea we call it a “hypothesis”, in part because it sounds more important than an “idea” and in part because we rarely are totally correct in predicting the outcome of experiments that test the idea.  With a hypothesis in hand, we spend most of our time thinking about ways to test it unambiguously.  Then, we can convince ourselves that the outcome is true with very few or no alternative explanations.  Successful researchers have many “lightbulb” moments every day, but few ideas get translated into an actual experiment due to problems in designing experiments to obtain unambiguous results (or they don’t have the funds to perform them!).  Thus, the experiment is designed with control experiments to eliminate false positives, and data is collected, analyzed, and summarized in a manuscript written and submitted to a scientific, peer-reviewed journal.  If acceptable, it is published and communicated to others in the field. In this sense, the idea has become a product of the lab after it is published, and the results contribute to the scientific community.

Andrew:  Tell me about some exciting recent grants and/or kick off initiatives at MCW?

Dr. Hodges:  Most recently the research enterprise at MCW and its partner institutions in southeastern Wisconsin (Marquette University, The Milwaukee School of Engineering (MSOE), and The University of Wisconsin-Milwaukee (UWM)) were awarded a 5-year $20 million grant from NIH “to create a borderless, synergistic biomedical research enterprise that will accelerate the translation of research discoveries into new and improved medical treatments.”  The Medical College coordinates the grant, which is administered through a new academic entity recognized by all partner institutions – the Clinical and Translational Science Institute of Southeast Wisconsin.  In addition, we have continued to form specific scientific Centers, including the Cardiovascular Research Center, Cancer Center, Biotechnology and Bioengineering Center, The Human and Molecular Genetics Center and most recently the Neuroscience Research Center in an effort to increase collaboration and galvanize research in related areas on and off campus.

Andrew:  How has the college/university landscape changed, and more specifically, how has the grant writing industry changed?

Dr. Hodges:  The NIH budget experienced a period of incredible growth in the late 1990’s and early 2000’s, but since then has been growing slowly, frozen, or effectively cut. This has put a greater pressure on individual labs due to a greater competition for federal grants.  The scientific community benefitted to a small degree from the passage of the Recovery Act, but this also spurred a fast and furious period of de novo grants which largely went unfunded.  Now, funding levels are pretty dismal across all institutes at the NIH, and many are really struggling.  For example, in FY2001 success rates for new grant applications at NIH was 27.1%, while in FY2010 success rates were 17.4%*.   Thus, in order to keep the income streaming, the heads of individual labs now have to write more grants in hopes of generating equivalent income streams to previous years, which directly impacts how many we can employ, and negatively effects the pace of scientific advances.

On a very positive note, the NIH has prioritized funding for new researchers submitting first-time grant proposals.  This helps to effectively level the playing field with those whom have been running an established lab for many years, and in fact tips the favor to the new investigator. In this way, we can ensure that we don’t lose new investigators that are forced to compete with established scientists.

Andrew:  As you may have noticed, social mood has turned down of late on government debt (local, state, and federal) and excess spending, so much to the point of pushing for bigger cuts to areas like education and possibly research.  How has this, or how will this, affect your research, as well as the college/university?

Dr. Hodges:  Budget cuts, particularly at the federal level will have the greatest impact on individual laboratories through a decreased budget for the Department of Health and Human Services, which includes the NIH. Reductions in the NIH budget often lead to fewer grants funded, and/or reductions in appropriated funds for already funded projects. This has a particularly large impact on laboratories that depend on a single federal grant.  In other words, their future employment hangs on gaining a single federal grant, which due to tightened purse strings and less forgiving review processes makes the situation even more precarious.

Andrew:  And how do you think this will change the landscape for those looking to get into the field of competitive medical and scientific research?

Dr. Hodges:  The difficulties in obtaining funding to keep research moving forward are certainly a challenge to those in a position to choose academic biomedical research as a career.  Even prior to the economic downturn we have been incentivizing matriculation to graduate school, versus medical school for example.  The PhD program I joined not only waived my tuition for graduate school, but also paid me a stipend, in contrast to medical students sitting in the chair next to me paying greater than $40,000 per year.  Despite these incentives, it is more difficult to recruit graduate students than medical students.  While we cannot predict what the overall impact of this downturn will be on our industry, in my opinion it will only increase the difficulties in recruiting.

Andrew:  Can you highlight some of the promising movements and breakthroughs in your field?

Dr. Hodges:  My personal expertise is centered on understanding how the brain controls breathing, and how this control system fails in human disease.  Some of the most exciting work in our field relates to Amyotrophic Lateral Sclerosis (ALS), or Lou Gehrig’s Disease.  This disease is neurodegenerative, resulting in a progressive loss of voluntary muscle control, and greatly affects the major muscles of breathing like the diaphragm.  Work being done at the University of Wisconsin-Madison by my colleagues aims to understand if or how we can improve ventilatory function in animal models of ALS in hope of better treatments in ALS patients.  Other important work is being done to increase understanding of other human diseases like central congenital hypoventilation syndrome (CCHS), sleep apnea and sudden infant death syndrome (SIDS).  Colleagues at Harvard, Dartmouth, and the University of Iowa are making remarkable progress in trying to pinpoint specific brain abnormalities that could lead to the unexpected death in SIDS, and have begun to evaluate the importance of brainstem serotonin in this disease.

A special thank you to Dr. Hodges and the Medical College of Wisconsin for making time to conduct this interview, while highlighting the importance of biomedical and scientific research. 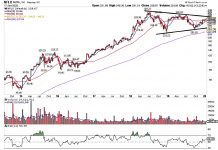