It’s been a rocky ride thus far for the major stock market indices in 2015. Just 3 weeks ago I wrote about the resistance levels for the Dow Jones Industrial Average (DJIA), NASDAQ Composite (COMPQ), S&P 500 (SPX) and the Russell 2000 (RUT). I purposely did that post at that particular time because all 4 major stock market indices were at what I deemed “make or break” levels. Simply put, they were all at resistance levels that would either push them down or they would break out above and continue upward in this raging bull market that started in early 2009.

At that time, using my Fibonacci method, these were the resistance levels I was watching (again, those levels can be seen in my post from December 31st).

Now, let’s check back in on the four major stock market indices to see if they broke out or pulled back at these resistance levels. Let’s start with the Dow Jones Industrial Average. 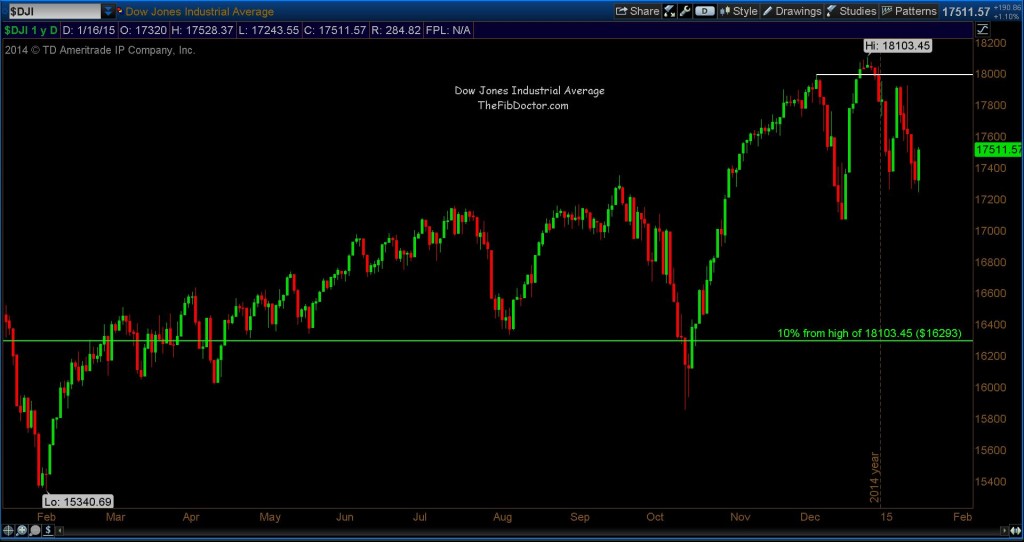 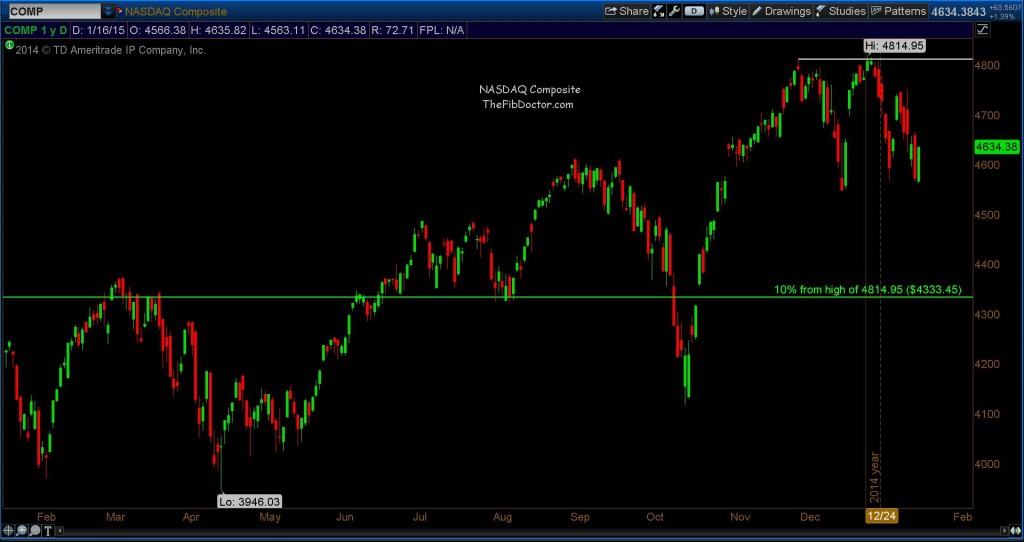 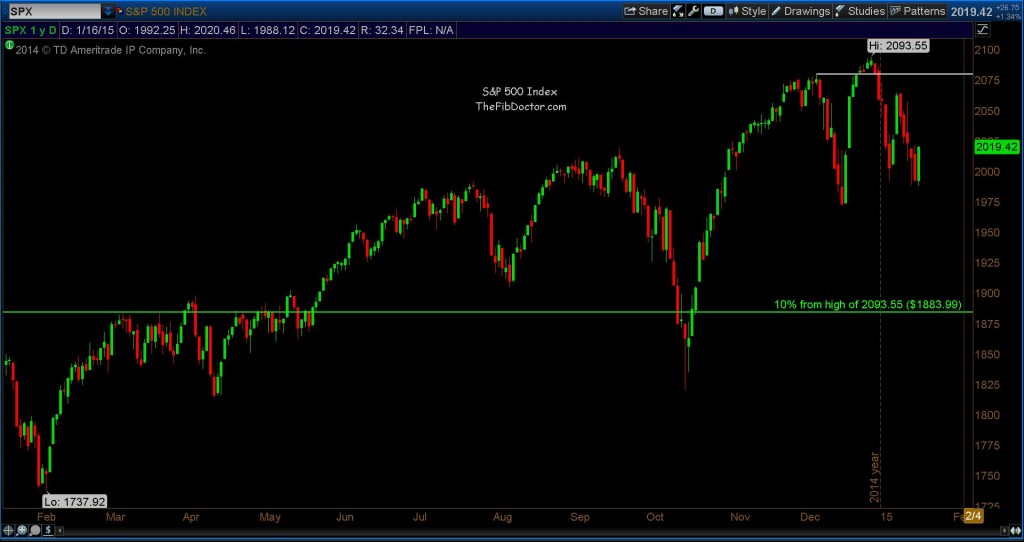 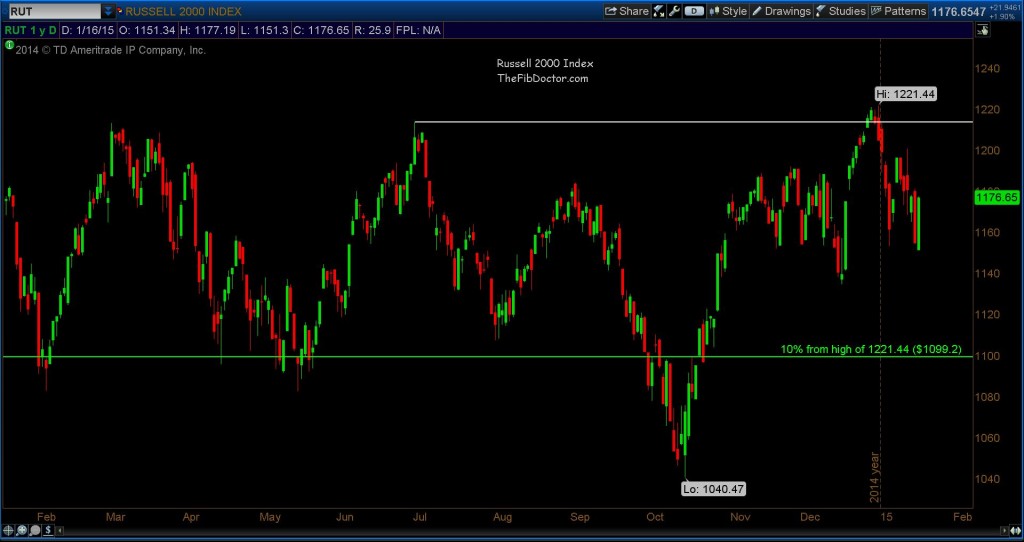 If the market continues to pull back, watch for support at these (10%) correction levels as they will be high probability support numbers. And by the same token, if the market starts a march forward, the previous resistance levels will apply as well.

Thanks for reading and always use a stop! 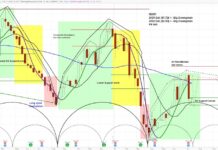 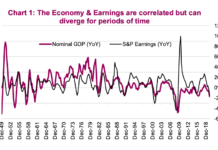