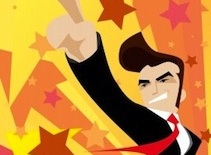 By Matt Hodges    I began my awakening to the financial markets and stock trading a little more than a year ago when my long time friend and elite trader Andrew Nyquist started this website. Being a career scientist I was no stranger to charts, figures and statistics, but when I began to search for guidance and education in stock trading I was lost and overwhelmed. I slowly began to piece things together, reading trading books that are widely considered “the classics” from Jesse Livermore, Benjamin Graham and the like. I also subscribed to RSS feeds from blogs and other financial websites, and of course I have learned a great deal from the top-flight contributors to seeitmarket.com. Each of these resources had no shortage of information, but as Nate Silver eloquently elaborated in his book, the information was mostly “noise” and not a true “signal.”

At the same time, my father-in-law was taking trading classes online, which focused on the fundamentals of technical analysis. The course was offered through a great educational resource and trading community called Tradesmart University. He had learned a ton of really simple concepts and was able to teach me in the process. Since that time I have learned that many of the tools we use in technical analysis are a mixture of science and art, meaning there are general principles that can be applied to understanding or even predicting price action in stocks… mostly.

In my studies I am constantly reminded of two fundamental principles: keep your analysis simple, and define your risk. I try not to overanalyze a chart by applying too many tools, but I use tried and true long-term trend lines, support and resistance lines, moving averages, Fibonacci retracements and confluence. And, if I feel really fancy, I’ll look at the past 4-5 candlestick patterns or use DeMark counts. As far as risk goes, I try to always calculate my worst-case-scenario loss and set a (often mental) stop.

But the intellectual part of my trading education was easy – it was the emotions of actually gaining or losing real money that was difficult. My first trade was a great example of my emotional education. My first stock purchase was on March 7th, 2012 when I bought a small position in Halliburton (HAL) for just over $34. The stock had clearly found support for a second day in a row, and was on Day 7 of a DeMark buy set-up. What I would later learn is that the support I had identified would later become the broken neckline of a wonky double top/bearish head and shoulders pattern, and I was on a sinking ship. The emotions of dread were quickly rationalized with thoughts of dollar-cost averaging. My technical analysis tool bag was emptied and replaced with indicators such as “hope for retracement” and “its got to bounce back based on THIS good news….no?” Stock trading no-no’s.

I would go on to dollar-cost average in more than once, for the last time just below $27 (and near 18 month lows). Sounds like a win right? Well, I had been getting kicked in the lower abdomen so many times along the way I was eager to jump ship and take a smaller loss rather than take anymore pain. This experiment cost me some money, but taught me valuable lessons relative to risk management and controlling (not rationalizing) emotions when stock trading.

I now enter every trading position with: 1) a sound rationale (reasons for acting), 2) an exit strategy, and 3) little or no emotion. I have patiently analyzed several stocks (sometimes for months) and waited until the best possible conditions to act. I try to maximize the probability that acting at this time will benefit me most, and that the price action will be most predictable. I also rarely dollar-cost average on the way down (although some do this very successfully). 1-3% losses are predetermined risk, and 3-5% gains are predetermined exit points. Oh, and I no longer lie to myself about the mess I am in.

I will end by saying I am not a well-oiled machine, as I tend to fail by repeating silly mistakes. I am also not a highly skilled trader who has time to hover over several charts during trading hours. However, by following some simple trading rules like those stated above (and littered throughout this site), I have learned that you can come out ahead more often than not.

About Matt Hodges:  Matt is an accomplished doctor and scientist residing in the Milwaukee area with his wife, contributor Kelly Hodges, and their 4 children.