Some commodity currencies have been very bearish towards the end of 2018 and at the start of the January.

Let’s look closer at the Aussie and the Kiwi currencies and crosses.

The Aussie fell beneath its 2016 lows before turning up.

AUD has been one of the worst performers last year, but even this “weak” currency, so to speak, is showing evidence of a low after that spike down to 0.6700 area. Notice that the AUDUSD pair might have accomplished a five wave decline down from last year high so a reversal higher can be in the cards now for a three leg rally back to 0.7400-0.7450 area. 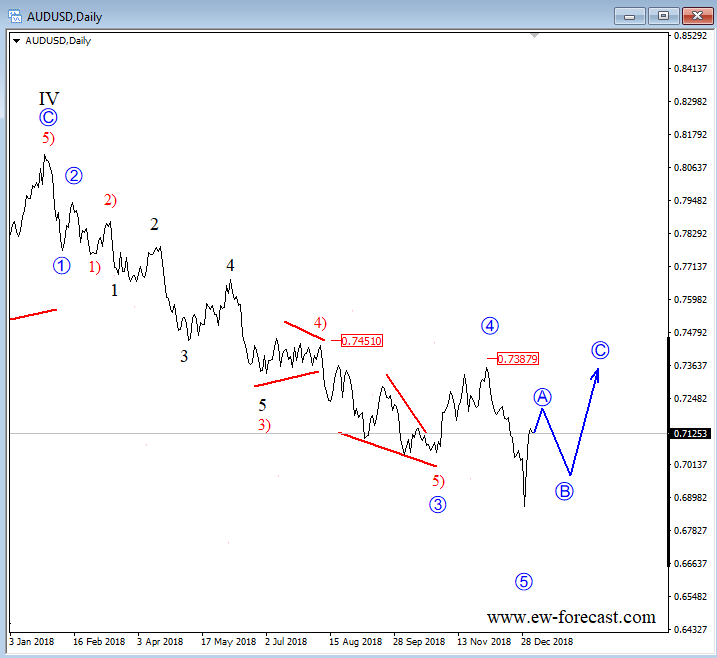 Well, my attention at the moment is not on AUDUSD, but rather on a currency that was relatively stable and doing well recently. It’s NZDUSD.

This Forex cross has in fact made five waves up from its October 2018 low. That’s a very strong bounce that indicates more upside after pullbacks.

Well, we have seen a nice pullback down to 0.6600 area where 61.8-78.6% Fibonacci levels already caused some buying, but much more upside can be in the cards if we consider that wave C) has room for a push up to 0.7140 based on equal leg projection. That been said, my idea is to watch the short-term set-backs here and trying to catch the move higher. 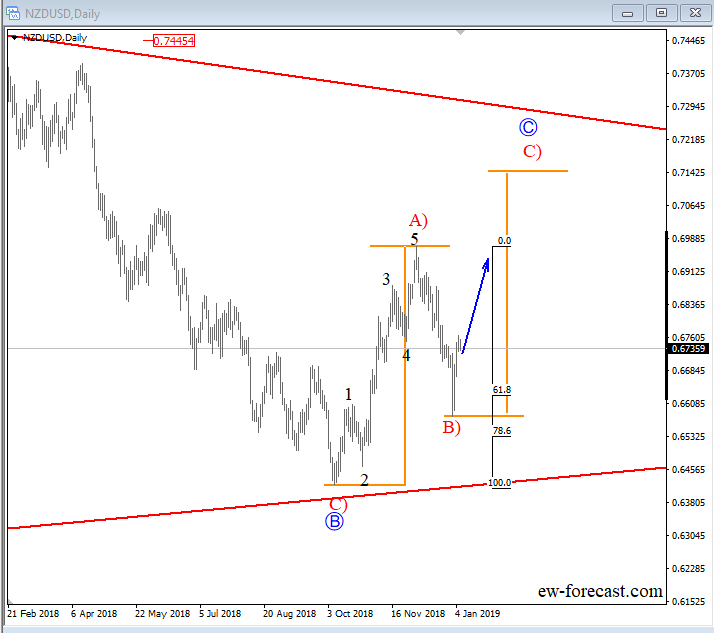