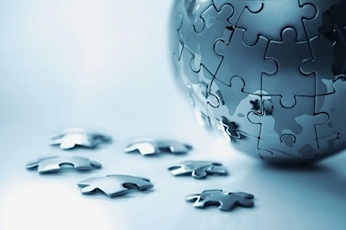 by Jane Hwangbo     This is my very first blog entry. As a rule, I try to write in as simple terms as possible so that I may help the widest range of people understand the issues being discussed. In this piece, I’ll attempt to connect some major dots (data points) across asset classes so that we can arrive at the beginning of a mosaic. For brief background, I am a portfolio manager for private individuals and families, and used to work for some institutional fund gorillas during my lifetime prior to having kids.

One of the strongest behavioral tendencies we possess as human beings, no matter what line of work we choose for ourselves, is that we never really want to leave high school. Let me explain:  We would rather not go through the emotional pain again of being a freshman in a senior-dominated world. We like the feeling, once we have made it, of being one of the cool kids, and will actively promote it and behave in such a way that reassures that we never “start over”. In the world that I live in, managing people’s money and investing it in assets, there are many sets of cool kids – the bond managers, the equity managers, the currency kings, and so on. I have a strong professional history in equities (stocks), while others have a strong background in bonds (fixed income), currencies (e.g. US dollars vs. Japanese yen), or commodities (bets on future price swings of things like oil, natural gas, or corn).

As a general onlooker, you would think that as a particular fund manager grows more and more accomplished in a major field of the markets, say equities in my case, one would also become an expert on all things markets-related, like bonds and currencies and commodities as they are all connected to each other. However, the opposite really happens, because most of us never want to feel like a freshman again. It’s painful to start at ground zero, knowing nothing, how things move, and why they move the way they do. One must ask dumb-sounding questions to get going in accumulating a fresh knowledge base, and when you’re a highly respected specialist in the field you have mastered, this is a huge psychological barrier to becoming fluent in other asset classes. The equity managers I know have a very shallow understanding of how bonds trade, and most bond managers do not pay more attention to equities than noting the performance of the S&P 500. These managers are very smart people, by any measure. This condition goes beyond asset managers – I have rarely met “in real life” an accomplished economist who can invest with great success. There are very few. The opposite applies to managers in markets – they are typically terrible economists.

What this all means to you as the reader is that great “masters” of the market are a highly dysfunctional group when it comes to connecting dots. Think of the market as one big biological being. The overall health of the market is dependent on many small factors working together just so.

However, because we are behaviorally what we are (never wanting to go back to high school), dots that are obvious to one set of fund managers go completely unnoticed by another set, sometimes creating a condition that weakens the immune system which then can more easily be wiped out by a virus.

Now that I’ve belabored this behavioral point, let’s move on to the markets.

We are now in the 6th year of the market cycle. We bottomed on March 9, 2009 and have yet to make a technically significant top on the S&P 500. The tricky part is figuring out when we’ve hit the bottom before prices make the inflection upward and tell you, dummy, we’ve hit bottom, and when we’ve hit the top, and tell you you’re a dummy again. The big inflection points are difficult to determine for everyone, economists and investors alike, and in fact, no one can tell you when it is. The best any asset manager can do is make risk-adjusted investment decisions (buy today and hope that the asset will become more valuable tomorrow, or vice versa if they are “short”). This statement can be amended with nuances including payment of dividends, interest, tax considerations, etc., but we’re keeping things as simple as possible here.

Year to date, the S&P 500 is up 7.04%. The Barclays Aggregate Bond Index is up 3.82%. 2014 has been a confusing time for many professional fund managers. In normal times, stocks and bonds do not rise together as they have so far this year. As a rule, stocks go up in anticipation of growth. Bonds, however, go up in anticipation of lower interest rates, which signals that our economy is or will be in contraction and our Federal Reserve will need to stimulate the economy. These are opposite conditions of the economy – growth (equities) and contraction (bonds). When we are swimming in liquidity, as we are now following years of extraordinary quantitative easing, you can see both asset classes rise as excess money tries to find a home. One can also see rising stocks and bonds together during highly confusing periods when investors cannot agree on the future growth rate of the economy.

The devil, however, is in the details. Yes, the Agg index has been going up as well as the S&P 500, but what has been driving the rise? In bonds, long term Treasuries have been the decisive winner, +10.88% year-to-date vs. higher risk junk bonds +5.63% over the same time period.

How about in stocks? Utilities, the most defensive sector of equities, is up a whopping +17.44% y-t-d vs. the growth-ier consumer discretionary sector, up +0.38%. Energy is leading, a late cycle play. Stock buybacks are in decline.

The fact that these major asset classes are both trading in this highly correlated risk-off way is a big tell and very worrisome. The markets are de-risking, even as bond investors reach for ever more yield, and stock investors pile back into the momentum growth stocks in hopes of a return to a more risk-propelled environment.

There are other important things happening at the same time outside of the trading realm that we must throw into our mosaic.

All of these factors add to my concerns regarding our structural ability to withstand another shock and bounce back quickly. If we go through another asset deflation crisis, the recovery will likely be very different from what we’ve known in our generation.

Now, let’s take a look at whether banks have been increasing their level of risk-taking over the last few years or decreasing risk-taking. We were once nearly undone by something called mortgage-backed CDO’s – collateralized debt obligations. These are surprisingly similar to the new rage over the last two years, CLO’s – collateralized loan obligations. One was backed by mortgages and the newer kid on the block is backed by corporate debt. Hedge funds are investing in these CLO’s more and more. If you believe that we are not lending to corporations with less than ideal credit, take a look at the exploding volume of CLO’s in the market. Keep in mind that CLO’s are issued for corporates who are higher risk than the average. We issued $669.9B of new institutional loan issues in 2013, the highest volume of loans ever, with 2007 a distant second at $388.3B. We’ve issued $262.4B this year so far. For context, we issued $486B CDO’s in 2007, after peaking at $552B in 2006. Bank loans tend to be floating rate, which means that rising benchmark rates increase the interest payments companies must make to meet their obligations. There are two primary ways for a company to go into default – either 1) operating income falls, or 2) interest rates rise.

We’re already seeing early signs that operating income may be softening. Key companies are posting disappointing guidance. DuPont lowered its Q2 operating profit forecast to below last year’s level. Oracle, a bellwether of tech capex, also disappointed investors by missing revenue and earnings expectations. Micron, a cyclical leverage play, guided to a flattish next quarter. The consumer discretionary space has already been a graveyard of misses.

The Fed is threatening to take two actions that would result in an upward bias in interest rates. Inflation measures, such as PCE, CPI, and PPI are showing a rising trend. Recent better data on the overall economy, other than the disastrous Q1 GDP number, is likely to embolden the Fed to not only end its epic QE program, but consider timelines for changes in interest rate expectations. What I mean to say in simpler terms is that Fed actions in the near to intermediate term may cause borrowing rates to rise.

In this context, if a match is lit, I expect that the effects would be very tough for both equity and bond managers. The overall structure is not shaping up to be robust, and the fallout in confidence and perception would be unusually long and difficult to reverse.

In my next post, I’ll try to clarify what people are talking about when they say “inflation” and “deflation.” There is a regular misunderstanding amongst investors as to what economists are talking about. This relates to a confusion between asset deflation and price deflation, i.e. the CPI.

The most important message I hope you take away from this blog post is:

Be a high school doofus. Fight through the short term pain of learning things that are outside of your expertise and comfort zone, and win the long race that is a stellar career. Ask for help, because people inherently want to teach you what they know. Don’t ignore your blindspots.

About Jane Hwangbo:  Jane comes from a different background than most advisors.  She began her career in 1999 on the institutional research side of Wall Street at CE Unterberg Towbin.  She went on to make stops at Bowman Capital, Kingdon Capital, and Monness Crespi & Hardt , where she led the successful formation of a technology research platform.  Jane moved to the private client side of investment management and advisory at Morgan Stanley in 2011, and has built a practice rooted in the belief that clients must come first. Jane is a wife and mother to two young children. She holds an AB in government with honors from Harvard University, and an MA in political science from Central European University in Budapest, Hungary. Learn more about Jane at Cartography Capital.  You can follow Jane on Twitter: @JaneJanehw