Gold prices have been chopping in a big sideways range for the past 10 months, leaving gold investors to ponder two very important questions: Are Gold prices still working off the macro oversold levels of the July 2013 momentum bottom? Or is the price of Gold basing for a move higher?

Tough question. Clearly the fundamental back-drop is muddy. Chew on these headwinds and tailwinds that gold investors face:

In my humble opinion, I’ve always thought that currency concerns, government (in)stability, and geo-political uncertainty play a heavy hand in the commodity markets (especially Gold). And to be fair, 2013 was a fairly quiet year on that front.  But signs of friction have emerged (i.e. Russia-Ukraine) and European elections are just around the corner. Perhaps one of these catalysts, or lack thereof, will play a role in giving Gold a directional bias into late spring or summer.

Back in December, I wrote a post on 4 Gold charts to watch into 2014. Well, I’m still watching them!  They have largely defined the current price range that Gold is in and I believe still provide some notable clues and levels to watch for gold investors. Below are updated versions of those charts with an additional monthly chart to boot (ordered from daily to monthly, inside-out analysis). 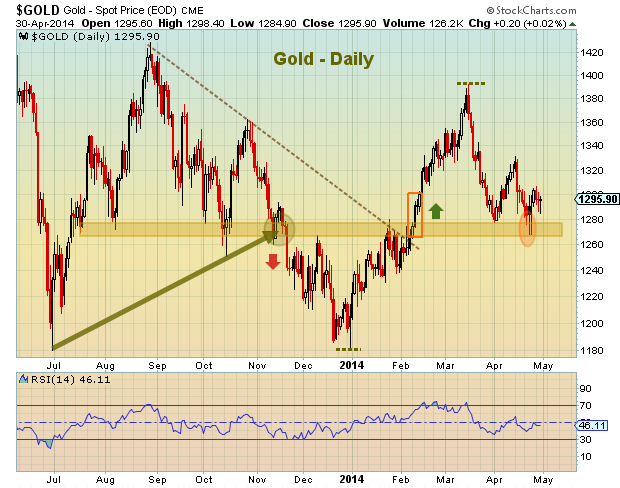 At the time, I received some criticism for even considering the possibility. But, what many impassioned gold investors don’t realize is that opportunities often come during downtrends when the herd gives up hope. And further, a retest of that breakout would likely offer a solid buying opportunity. 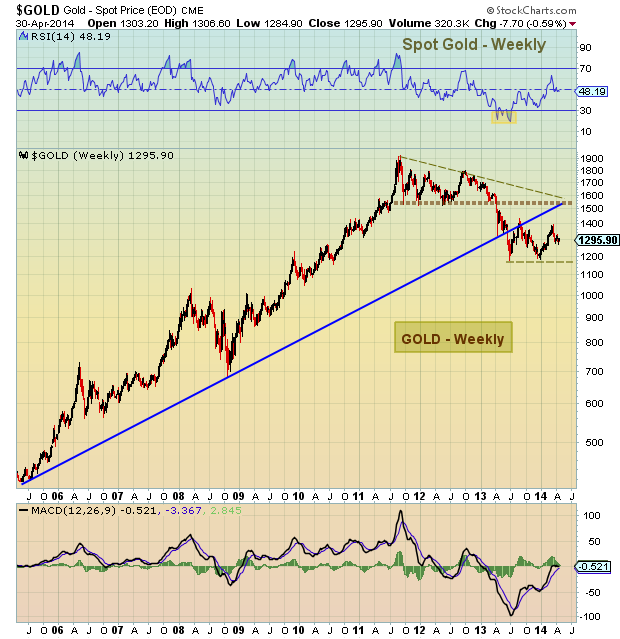 The monthly chart simply adds long-term trend perspective. Trend support resides around 1125-1150. BUT, it’s quite common to see trend line shakeouts (where price panics below the trend line for a few days, then reverses). 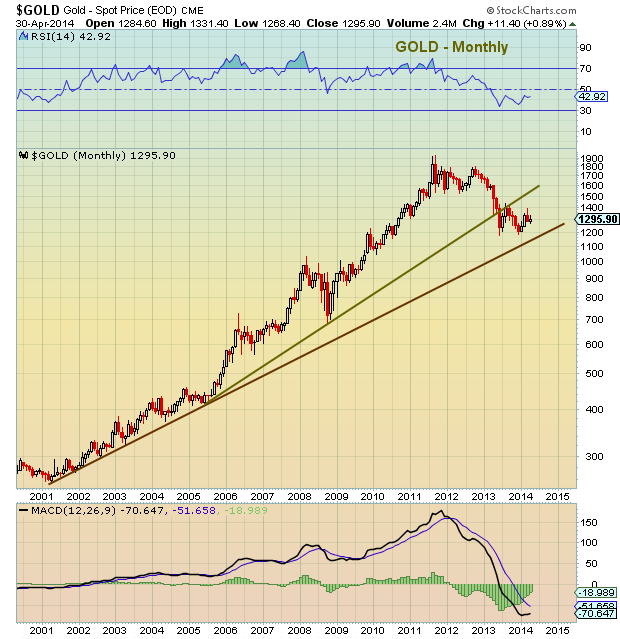 The 61.8 Fibonacci retracement level has offered significant support over the past 10 months (in the form of two solid rallies). But price is at a critical stage: A move above 1330 gives the bulls renewed life, while a break below the 61.8 Fib support likely puts 1000-1100 in view. 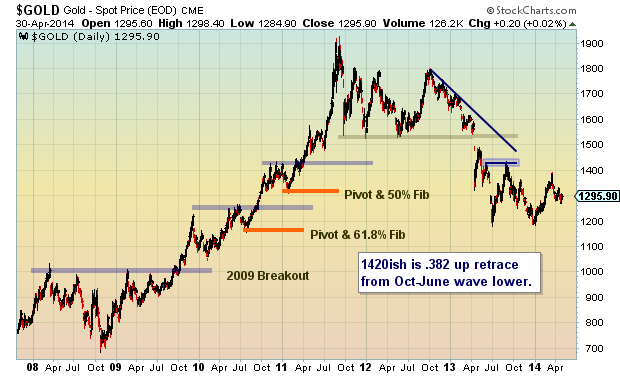 The question remains: Will the rally continue, or will the HUI require a deeper retest of that major support? 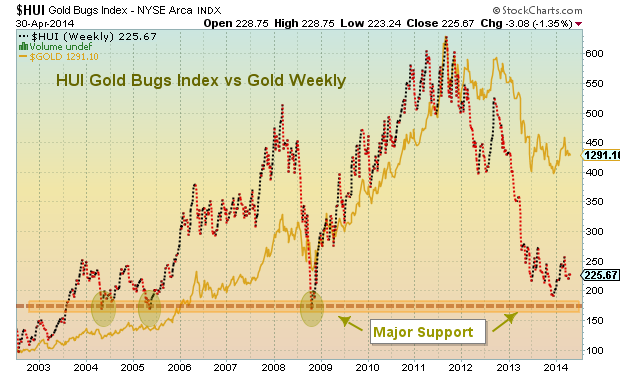