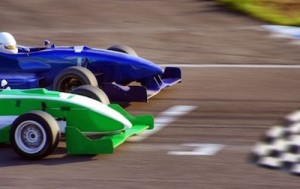 The story of a leadership stock doesn’t begin or end with a story of its fundamental profile or how it broke out from a constructive base or continuation pattern. The story begins at how the stock acted at key moving averages and / or price support during pullbacks, particularly as the general market is attempting to bottom. If the technical foundation of the price structure is unsound, the probability of the trade being successful drops significantly. In my opinion, the weekly chart is the most effective time interval to evaluate the quality of support that the stock is demanding at key support levels. The weekly price and volume footprints offer an effective way to filter trade options and define entry criteria for finding market leaders.

The following are four annotated examples that offered a solid risk / reward opportunity as the market began to rebound from the October 15, 2014 lows. The weekly price and volume footprints were constructive and the trade entries were easy to define. Three of the four examples are printing new breakout highs at the time of publication and well ahead of new bull market highs for the general market.

Take note that I listed the average daily volume and float size to underscore that the examples are sufficiently liquid to take the trade around the stated trigger price. Low priced, low volume and small float stocks cannot be considered market leaders in my opinion. Note that the following charts are from MarketSmith Inc.

For your own work, take a look at GILD ISIS SNCR ILMN and MDVN.