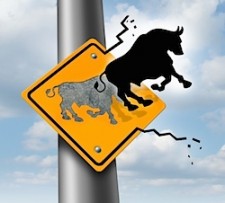 What a difference a few weeks makes. After a huge second half rally in August, many sentiment polls are now showing a good deal of optimism. Remember, it was just three weeks ago the masses were up in arms that the long awaited 10% correction was finally coming.

Although the S&P 500 (SPX) was down just 4%, many small cap stocks were down much more. All that worry once again marked a major low and now we are looking at new all-time highs on the SPX once again.

The AAII Sentiment Survey went from the most bears in ’14, to the most bulls in ’14 in just three weeks. This survey looks at what the average investor thinks of things. In fact, over the past three weeks, the bulls were up 68%, the largest three week jump in four years.

Here’s a look at the bulls. Sentiment is definitely getting up near the top of the recent range. 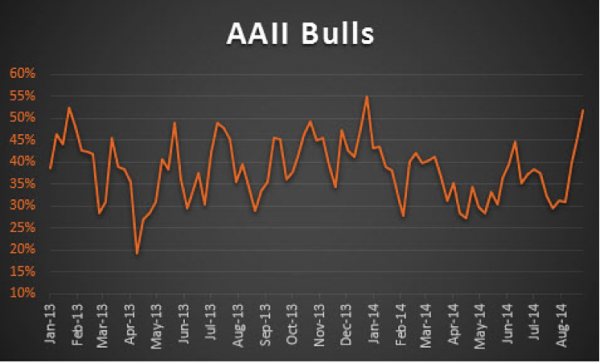 The flipside is the bears. The bears were at their highest point in a year just three weeks ago, and now they are at their lowest since late last year. 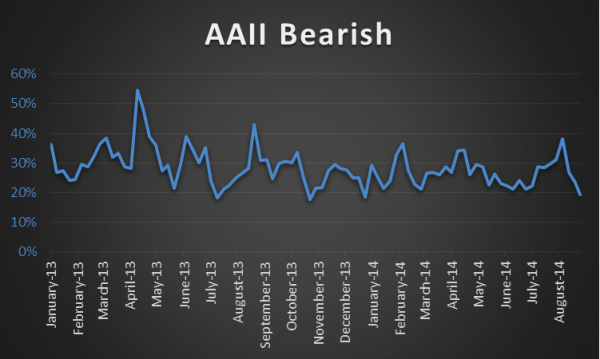 It is worth noting the AAII bulls came in at 51.90%. Going back in history, readings over 50% are extremely rare. The big question is are they bearish? Remember, once everyone is bullish that can be a warning sign that buyers are getting exhausted. I was quoted in the Wall Street Journal last week with data that showed bulls over 50% actually hasn’t been bearish since 2009.

There have been 16 instances the bulls came in over 50% and the SPX is actually up +2.58% a month later and higher 94% of the time. Now sure, we’ve been in a huge bull market since 2009, so most readings will show a positive skew. But still, this doesn’t appear to be a huge warning on the surface.

The Investors Intelligence US Advisors Sentiment Report looks at the sentiment among newsletters.  The bears in this poll just this week came in at their lowest level since 1987! 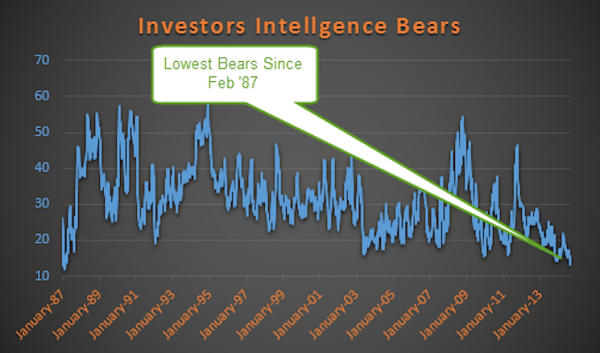 Lastly, the NAAIM Exposure Index is one of my favorite sentiment indicators as this shows what active managers are doing with real dollars.  After staying down around 50 for a few weeks, this once spiked up 39% last week, the largest one-week spike since February.  In other words, a lot of managers are quickly putting money to work to catch up to the SPX making new highs. 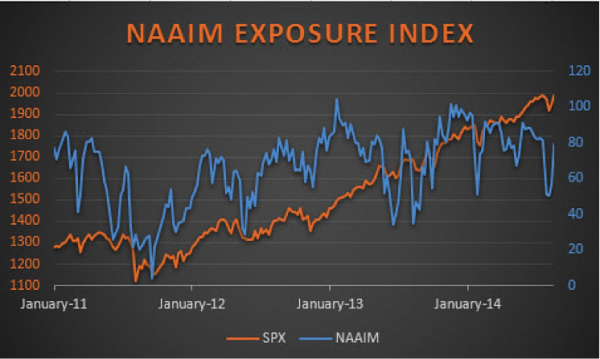 What’s it all mean?  I continue to be amazed how quickly sentiment changes anymore.  My best guess as to why this is, is because there is so much instant information out there and we tend to focus on the scary/negative headlines.  A year ago right now we were on the brink of war with Iran, last month the big worry was issues in the Middle East.  All the day-by-day, play-by-play scary headlines can create a good deal of fear in a short amount of time.

The reality is we’re seeing changes in sentiment like never before.   In just a span of a few weeks we go from pure panic to a lot of excitement.  My take is as long as we keep seeing fear on normal 4% dips, this bull market is alive and well.

Lastly, just because polls are showing a good deal of bulls now that doesn’t by itself mean we have to drop.  In the end, price action is what truly matters.  Be aware there are a lot more bulls than a few weeks ago and this is a concern, no doubt.  But with the SPX making new all-time highs just last week and the cumulative NYSE advance/decline line confirming the strength by making a new high, I wouldn’t be surprised if we saw more strength in September. 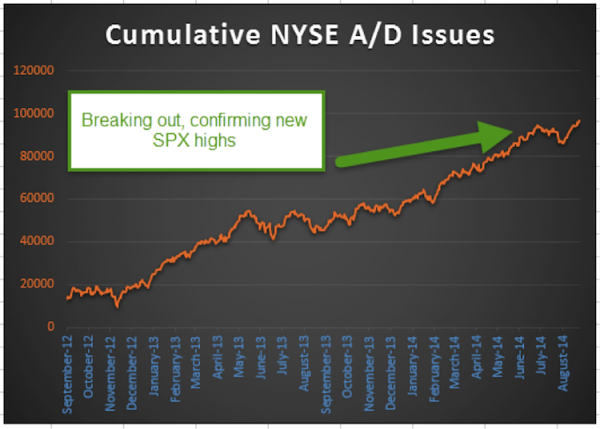