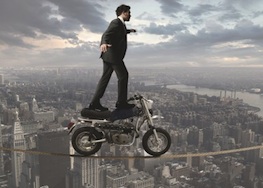 The first half of 2013 left investors obsessing about a myriad of  macro-economic issues – the Federal Reserve’s potential tapering of monetary policy, Ben Bernanke’s then quick reversal to non-tapering, major moves in commodity prices and currencies as interest rates rose, and Japanese central bank intervention kept investors more than occupied.  Underneath that macro surface, however, exist many other less discussed cross-currents that bode watching. Throughout a series of posts I’ll explain five themes that I believe will bode critical to watch as the second half of 2013 develops.

Given the market preoccupation with the Fed and interest rates, the first theme I’m watching centers on debt – specifically margin debt. I’m thankful to Andrew Kassen who’s made me more aware of this issue with a number of must-read See It Market posts, as Margin Debt recently closed in on and then surpassed all-time record levels. This theme bears close watching through the 2nd half as excessive margin debt levels have fore-shadowed some very historic market dislocations.

Bernanke’s recent “taper-reversal,” just as increasing interest rates were causing market sell-offs, may have made this issue even more paramount. Margin debt levels have grown steadily through a period of minimal losing streaks and an environment where every 3-5% correction has quickly reversed as the continued success of “buy the dip” has emboldened traders to take on more and more risk.

This most-recent episode of the Fed backstopping investors may have been the pinnacle of conditioning traders into believing nothing will go wrong. Because of this, the first reason I’m watching margin debt levels is for the potential of them to increase sharply (even from current record levels). If traders feel know that Ben has their backs this could quickly lead to an acceleration in buying and a confidence which could propel markets beyond record levels. Obviously, this scenario might only compound the problem longer-term as seemingly irrational behavior can continue on much longer than the prudent views rational.

The main reason why I’m watching margin debt though is in the event we get that 8-10% (or greater) correction. The one that starts to trigger margin calls. I haven’t obsessed as much previously regarding margin levels but the composition of the debt is what’s starting to concern me. Given current conditions, I would surmise:

The combination of these factors makes me wonder if the end-result is a much lower than average % drop that’s needed to precipitate margin calls, and I wonder how close we’ve gotten to those levels before the markets experienced some very fortuitous  bounces higher.

This is an issue that will not quietly disappear – it’s not as if investors will start to prudently pare down margin debt as the market continue to set new highs – instead, margin debt levels could accelerate even further adding tinder to a bonfire that’s burnt many an investor over time. Who knows what the match is, or when it’s lit, as this is one of those issues that really isn’t pressing until it is. Because of that unpredictability and its likely continuance as an issue, I would highly encourage you to keep it on your radar screen (until it isn’t’).