Value at Risk (VaR) was much maligned immediately after the crisis but it still plays a fundamental role in banks’ risk management today. Its origins date back to the 1980s when the then Chairman of JPMorgan (JPM), Dennis Weatherstone, became rather fed up with the excessively long risk reports that landed on his desk. No detail was spared and the reports were not ideal for the senior management group. It was also prompted by the 1987 crash, which prompted Weatherstone to ask how much could JPM lose on their trading portfolio by close of business on the next working day. 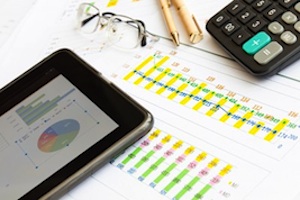 From this dissatisfaction arose a simple report which met his objective of being able to focus on the bank’s total exposure for the next twenty-four hours, measured across the entire trading portfolio. It used to arrive in his office at 4.15pm each day, therefore becoming known, rather unoriginally, as the 4.15pm report. It was first used in 1990 and other banks were quick to follow JPMorgan’s lead, developing their own variations, and a simplified version of the report was made available by JPM in 1994, via RiskMetrics.

The Bank for International Settlements became particularly enamoured with it, creating an Amendment in 1996 (which came to be implemented in 1998) which made VaR reporting compulsory for bank regulatory compliance.

So what is Value at Risk (VaR)? As good a definition as any is that it is the possible loss a portfolio, or position, may have over a specific time period under normal market conditions, within a known confidence interval. As an example:

Currently, regulatory VaR uses a confidence level of 99%, over 10 days. This may look something like this:

From this, we have 99% confidence that the market value of our holding, over a ten day period, will not change by more that $1,118.24

Next time, we will consider the impact of diversification on Value at Risk (VaR), and also some current thoughts on its effectiveness.

More detail on VaR reporting and regulations can be found here from BNYMellon.